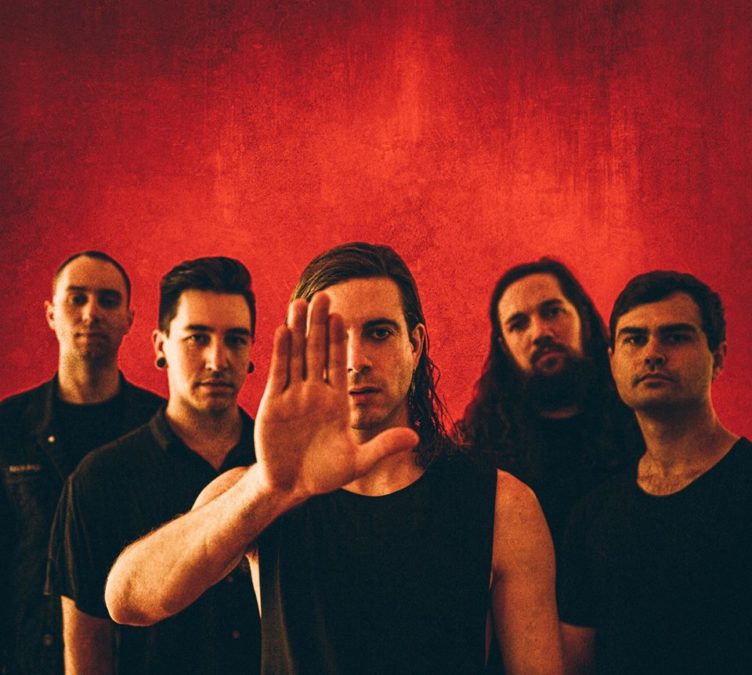 While fans are excited that Aussie band In Heart’s Wake are about to drop their fifth album, the music world are also watching with bated breath as the band have done all they can to try and create a carbon-friendly album.

Titled Kaliyuga the album saw the band work out how man tonnes of CO2 was used to create the album and then they got involved with a program that would see them offset that amount. Intrigued I decided to sit down and have a chat with the In Heart’s Wake lead singer Jake Taylor.

We start our discussion with Taylor telling me that I am one of the very few people on the planet that has had the opportunity to hear the album and he is pleased that I like it. That leads me to ask how he feels now the album is finally out there and people are starting to listen to it. “I’m excited,” he says after a pause. “I’m not nervous because with this record there is certainly a sense of belief in it. It felt really good in our gut when we were creating it and choosing the songs that were to be on it. It really felt that there was a journey in the tracklist that the listener is going to be taken on, so yeah we felt really confident in that because that it what we were trying to put out there. How it is perceived though that is something that we can’t control so to be nervous about that is something that we shouldn’t worry about.”

“We were looking at whether this was something that we still wanted to be doing,” he says continuing. “We were asking what is it all for. So we were asking all these really big questions and coming back into alignment with our ethos and message and the enjoyment of what we enjoy doing. I think that reflected the lyrics – every single song. I think it looks at what matters to us and I think it is a record that is for us as artists and not so much about crowds or radio play – it just has to resonate with us first and foremost.”

I then ask Taylor how the band went about making sure the album was as carbon neutral as possible. “Well we put a power reader onto the outlet on the studio switchboard,” he says after taking a breath. “I would calculate the hours and the meterage that was telling me how many watts was being used. And then I was able to work out what that was over the course of our studio time and then I looked at the odometer when we made trips to and from the airport and to and from the studio. Then we calculated those up and then looked at the aeroplane miles using Google. We even put a meal allowance in and looked at all the freight that came into the studio, guitar strings and drum sticks and stuff. It sounds like a lot of information but once you outline what you need to cover it is quite achievable. Then you just need to find a Carbon Consultant who can calculate all the formulas.”

“I was put in touch with one here in Byron Bay,” he continues. “Her and I worked out what we believe was to be everything, there maybe somethings that you miss because this is unchartered territory.  I don’t want people to think that it is perfect, it was an experiment and a journey!”

Kaliyuga will be released on August 7th through UNFD.