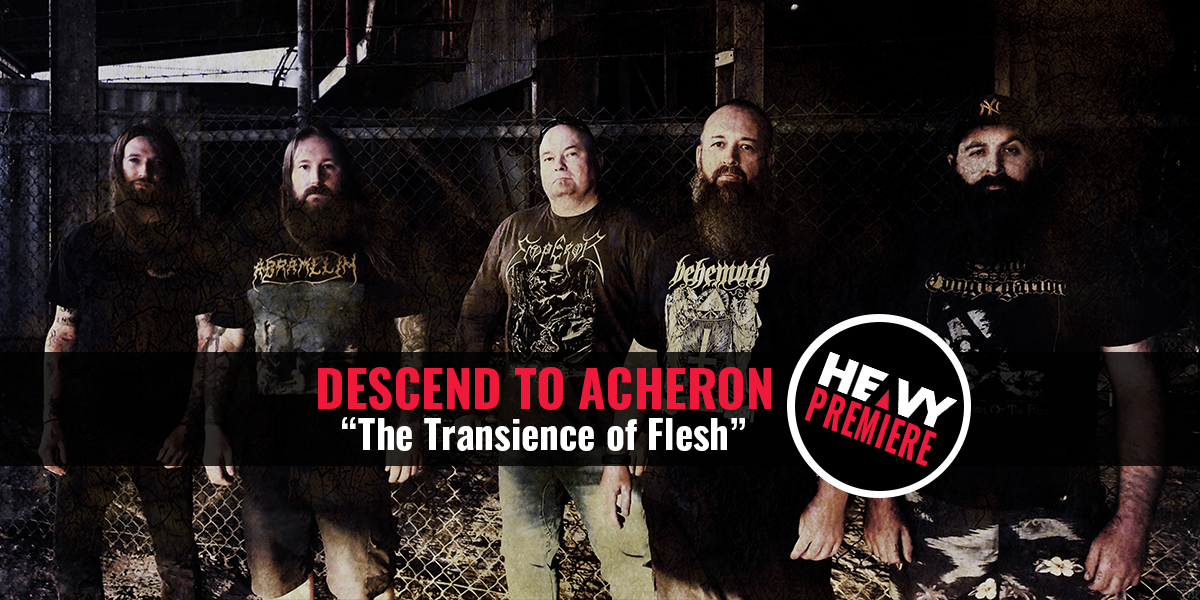 Death Metal has a new combatant and is ready to galvanise even the most hardened of souls – Descend to Acheron.

Today we are proud to premiere Descend to Acheron’s song, “The Transience of Flesh” from their crushing debut EP The Transience of Flesh. Blending furious blast beats, technical riffing, melodic hooks and extracting influence from such metal royalty as Suffocation, Behemoth and The Amenta, Descend To Acheron construct sonic emissions that are both brutal and memorable in equal measures.

The song, “The Transience of Flesh”, is about coming to terms with bringing a child into the world and over time seeing their innocence corrupted by the damned thing.

The EP was recorded, mixed and mastered at vocalist Andy Kite’s Against The Grain studio, which has built a solid reputation as THE studio for heavy music in Southern Australia. He has worked with bands such as Stargazer, Beyond Mortal Dreams, Cauldron Black Ram, Freedom Of Fear, Hidden Intent, Oath Of Damnation and many, many more.

Descend to Acheron band members are:

Also, listen to “Your Suffering Is A Gift” lyric video: