The Upturn Of Society With DOWNFALL OF HUMANITY 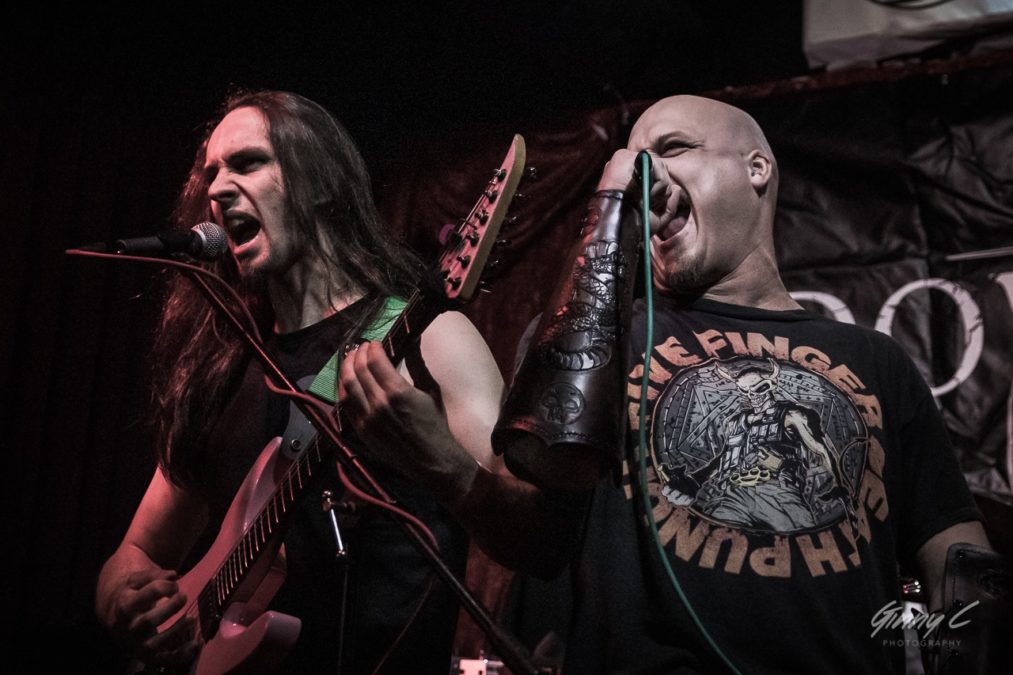 West Auckland metal outfit Downfall Of Humanity have gone from strength to strength since their debut album Suffer The Silence was released in 2016.

The five piece melodic metal band combine raw power with heaviness and brutality, laced with melodic moments to chill the spine. Their notoriety as live performers has reached as far as Australia, with their concerts becoming the stuff of folklore in their home of New Zealand.

With the release of their EP Deceit towards the end of last year, Downfall Of Humanity raised the bar even higher, combining all of their influences into one melting pot that has come out sounding fresh and vibrant with an unmistakable flavour that permeates through the music.

Guitarists Bryce Patten and Alex Carleton sat down with HEAVY to discuss the EP and developments since.

“It’s been pretty good actually,” Patten said of the reception so far. “You look at Spotify numbers and engagement and stuff and it started to ramp up a bit before we released it because we were pushing the fact we were releasing something new and since then it’s been pretty solid. People are listening to it and enjoying it so we’re getting some good feedback.”

Musically, the boys agree that Deceit is a good reflection of where Downfall Of Humanity are right now.

“I guess like everyone does when you write music, it’s just based on what you’ve been listening to recently,” Carleton picked up. “I’ve grown out of the angsty teenage years maybe a bit later than I should have (laughs). I don’t know if people can tell but there’s probably a bit more poppy influences in some of the music I’ve been writing but when we play the songs and they go to the band we still sound very much like us, that metalcore kind of thing. There’s no real target genre that we try to write to. People seem to get a bit weird about genres and stuff, but we just write stuff that we think sounds cool. Whatever riff comes into your head in the shower you go and write it down and try to make a song out of it.”

In the full interview Bryce and Alex run us through the songs on the EP individually, recording the EP themselves and the advantages and disadvantages of that, the guest appearance by Isaac Drakely from Pale Flag, working with Chris Maric, how Deceit differs musically from Suffer The Silence, the early days of the band, future plans and more.

Check out the single here: https://distrokid.com/hyperfollow/downfallofhumanity/deceit