The In Betweens Of GLASS TIDES 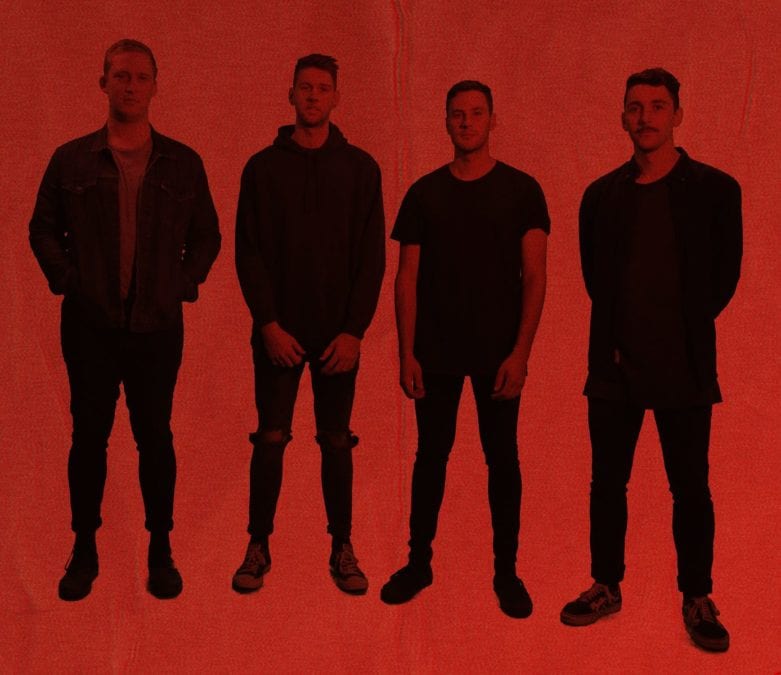 The past couple of years have seen Adelaide’s very own Glass Tides go from strength to strength. The post hardcore band have released two EPs that have seen them gain national attention while supporting bands like Bodyjar, Spiderbait, Young Lions, Thrice and Circa Survive has seen them open up their music to a much wider audience.

Now the band are eagerly awaiting the release of their first feature length album, In Between, on the 17th January so HEAVY Mag took the opportunity to sit down and have a chat with front-man Paul Bakker.

We start out chat by talking about the excitement that seems to have been generating ever since the news filtered through that the band was working on a feature-length album and Bakker admits that the band did feel a little bit of pressure as they were working on it. “There was a little bit, yeah,” he agrees. “After each EP we kind of didn’t really take a break from writing we just kind of just let the writing flow from each EP. I feel like if you take a long break or if there is a pause it can be quite daunting to drop back into it because you find yourself thinking ‘oh how am I going to match that last bunch of songs,’ but because we kept going and writing, even if we scrapped some songs, it felt like we kept that momentum going. I think that made it easier for us to find the right path and to find what we wanted to bring out.”

Most bands could only dream about being able to write constantly so I asked Bakker whether or not he though Glass Tides were prolific song writers. “Yeah, I think we have found that groove,” he says. “We are just constantly writing. I have found in the past that sometimes taking those breaks is beneficial but also it brings on a pretty big change when you take a break like that. I’ve taken a year off before and when I came back it almost felt like a different genre of writing coming back into it. But this way and continuing to write it feels like you are more building on the ideas that you already have and furthering that sound that you have already created.”

Part of that personal feeling with In Between also comes from the fact that the entire album was recorded at Bakker’s home which he says did throw up some interesting pros and cons. “We had very weird con,” he says laughing. “I found that I couldn’t record my vocals with anybody else in the house…. I actually felt really uncomfortable about it. I was living with my mother at the time so it was just me and her, but luckily she had a day job so during the day I would be recording then. Other than that we found it pretty good because we have done it this way since the start and we’ve kind of found our groove with it.”

“A definite pro is being able to lay everything down and then send it off to everyone,” he continues. “That way everybody has their input and then we can go back and forth on it. Cons are probably missing that chance of being able to sit down and write a song together in a rehearsal room, we haven’t been able to do that and I guess that is a element that might take away from how you might want the song to represent lives. If you are all together in the room you have that aspect in your mind but like this you are thinking more about how it sounds in the recording, but I think we have overcome those little challenges.”

Now with the album out in just over a week you can tell the release date is something that Bakker is looking forward to. “We are extremely excited,” he almost yells down the phone line. “We have been sitting on this for awhile so we are really keen for it to be out there and available for everyone.”

In Between is released on the 17th January.