An Evening With BETWEEN THE BURIED AND ME 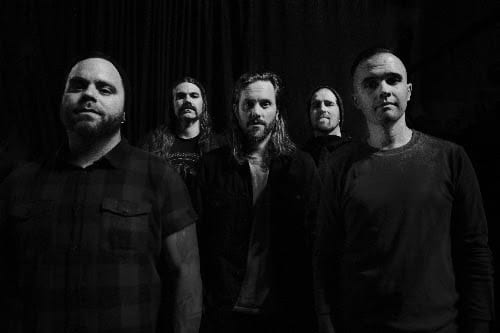 When American prog metal greats Between The Buried And Me hit our shores next month they are going to do things a little differently. There will be no ‘big’ shows instead the band are excited about being able to play at more intimate venues and bring the ‘A Evening With’ experience to their fans… an experience that they have learnt has been working in every country that they visit.

Ahead of the tour HEAVY Mag was lucky enough to get a chance to be able to talk with a man that has been with the band since its inception – frontman Tommy Giles Rogers Jnr.

“Yeah it’s been a little while, yeah?” he says when we begin to talk about the band touring Australia. “We basically decided to do all these ‘An Evening With’ shows in Europe last year and then we started to think that maybe there was some other place that we should bring it to and Australia was one of the first places that came to mind. We agreed to it awhile ago, it was one of those sets where the idea of it was pretty good but in the backs of our minds we were really scared and thinking ‘can we really pull this off… can we play two plus hours?’”

“Luckily the European tour went great and the sets were great,” he continues. “We ended up feeling really good about it and we thought it would be really for Australia. So yeah, we are excited now that we got that initial confidence… now we are ready to go and we are looking forward to it.”

That leads to be ask where the seeds of the idea for these ‘An Evening With’ shows first came from. “We always thought that it was something that made sense for our band,” explains Rogers. “We have been a band for almost twenty years now and we have a dense catalogue of music. We are lucky that we have a fan base that can sit there for more than one set, they are interested in more than one of our albums, they are interested in the journey that we have taken since day one so we just thought it was a good way to represent that and to kind of showcase how far we have come and where we have been as a band. We wanted to show the growth and just create a different night for our fans and give them something that we don’t do every year and every tour.”

The fact that the band is celebrating its twentieth anniversary this year is something that Rogers never expected to see. “No not at all,” he says when I ask him if he ever expected the band to last twenty years. “It was one of those things, I think most people back when we started never really thought about the job aspect of it, nobody ever really made money at the level we were, nobody we were friends with made money… you were in a band because you loved making music and you loved touring and everything that goes along with it.”

“It was one of those things where you do an album and you go ‘wow people like it,’” he continues. “So you do another one and it keeps happening over and over again and before you know it twenty years goes by, so it definitely wasn’t something that we planned. As you said we are very lucky that we are still here because we have seen bands come and go, we’ve seen bands get really big and then die off, luckily as of yet that has never happened to us.”

As we continue to chat about the band’s history I ask him what it has been like going back over the music they have written over the past twenty years as they put together a set list for this tour. “We were performing one of the tracks in Europe and I caught myself thinking how crazy it was because it was one of the first songs that Paul and I ever wrote,” he says. “We wrote it on guitar in our crappy little apartment as twenty year olds and then going to where we are now, it was pretty cool. But yeah you have those little moments. There are a lot of struggles and ups and downs in a band so you have to know how to deal with those and when you go back through the catalogue you are like ‘oh this was when we got stumped with this’  and it is pretty cool to be able to reflect on all of that because you don’t think about it every day. It’s not like I sit down every day and listen to our music so it is kind of good to go back to those older records that I haven’t heard in such a long time.”

Make sure you take that journey with Between The Buried And Me when they hit our shores… all the tour details are below. 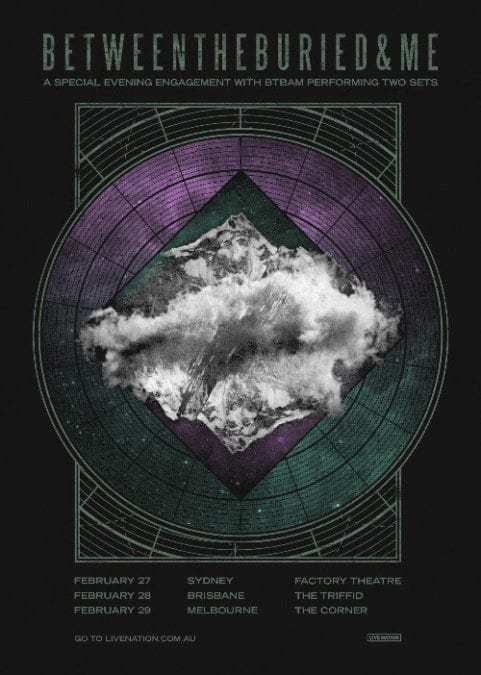