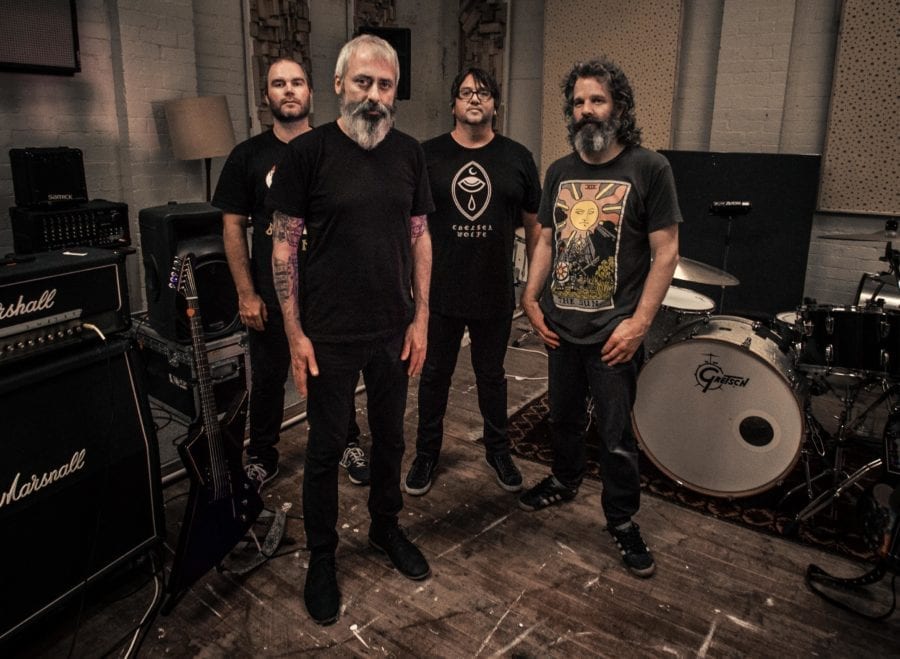 There is no doubt that New Zealand sludge metal outfit Beastwars are a band that have overcome some pretty major obstacles. The band had technically broken up for two years and then the lead singer, Matt Hyde, almost lost his life to cancer. Last year then saw the rise of the beast once more with the band returning with – IV – one of the most heartfelt and emotional albums that you are ever likely to hear.

Now a year later the band are returning to Australian shores with a brand new single in tow so HEAVY Mag decided to sit down and have a chat with Nathan ‘Nato’ Hickey.

“It was different for me because I was living in London for most of the time,” says Nato as we talk about the tough time that the band went through while Hyde was so ill. “I would talk to him on the phone once a week or every couple of weeks, but it was pretty emotional hearing one of your best mates talking about dying and we would both have a little bit of a cry on the phone.”

“ I couldn’t be there in person,” he continues. “But the other guys in the band were going around to his house every week and making sure that he had food in the cupboards and they would clean his house and what not, but yeah I felt quite disconnected from it all because I was overseas and I actually didn’t go back to New Zealand until after he had finished his chemotherapy and then I moved in with him for a few weeks which was really good for us… it gave us a chance to reconnect and spend some solid time together after not really seeing each other for two years. It was a scary time seeing my friend like that and he is such an honest person, he will say what is on his mind and he is not one of these guys that holds back… it was very traumatic and we got to see and hear everything he was feeling and thinking.”

That time of Nato and Hyde reconnecting again soon lead to the band jamming again and Nato says that moment felt pretty special. “It was amazing to make music for a reason that wasn’t just a thing to say ‘oh we haven’t written music for two years,’” he explains. “That is something that doesn’t exist for this band any more, we have realised that the reasons why we make music is so much more important than doing it just because we haven’t put an album out for a couple of years let’s do another one. But just hanging out with these guys and creating something really positive is what it means for us now, it is not about being part of the music industry it is about being four friends making ourselves happy and making other people happy with our music.”

As we continue on that theme we begin to talk about just how heartfelt the lyrics were on IV and Nato recounts what it was like for him reading those lyrics for the first time. “Oh it was pretty powerful,” he says with the emotion clear in his voice. “Our older stuff wasn’t kind of all about wizards and dragons, but there were a lot of metaphors and dungeons and dragons and sci-fi themes but these were the most personal lyrics that he had ever written. He was talking very specifically about his ten year old daughter at the time and how he didn’t want to die because he wanted to see her grow up… you can’t more personal than that.”

“We’ve all know his daughter since she was born,” he says continuing. “To know that she was facing the imminent possibility of her Dad dying, it was pretty heavy. And I think part of that for Matt was he was very lucky to have that and be able to get it out of his system, but sometimes he jokes ‘maybe I have to write another song about cancer again.’”

With IV being such a heavy album emotionally and with the band about to embark on an Australian tour I ask Nato whether that ‘heaviness’ has changed the live show at all. “Um… I don’t think we have ever really done sets,” he says after thinking for a moment. “We’ve got four albums but we’ve never really played sets. I mean if we’ve just put an album out we don’t just go and play that album we almost play our greatest hits, I think it has always been pretty balanced between the albums. But I think if we do a track where Matt is singing about his daughter then I think there is a little bit more of an appreciation from the audience about what the song is about, but I don’t think that our live show has changed at all. You would think that maybe after Matt had been through so much chemotherapy that he would have less energy but no he is full guns blazing… he is a crazy man.”

So make sure you go and check out all the craziness of Beastwars as they hit our shores with what is going to be one of the best tours of 2020.