SLIPKNOT “We Are Not Your Kind’ 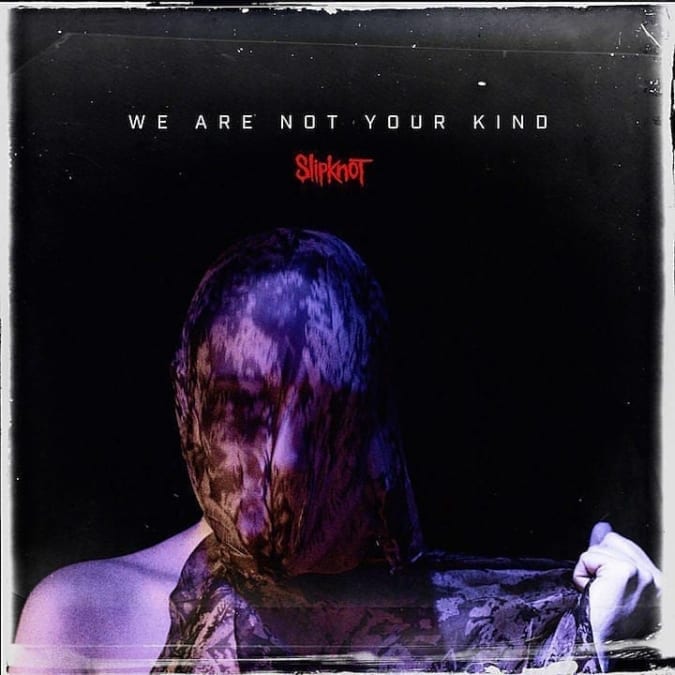 Slipknot have always been a band who polarises opinion.

From their self titled debut 20 years ago to most recent .5 The Gray Chapter, the Iowan juggernaut have manifested their thoughts and opinions through a constant stream of uncertainty.

Their fans – Maggots – claim ownership of the band unlike any in metal history, with every album being met with waves of admirers as well as doubters but if there is one thing Slipknot have remained stoic about throughout their history is they are a band who don’t give a proverbial fuck about what you think of them or their music.
This is Slipknot, and Slipknot are King.

We Are Not Your Kind is perhaps their most diverse and accessible album yet, with the band seemingly fighting with and against their entire back catalogue and boundaries to produce an ambitious, yet safe monster of an album that cements their reputation as leaders of the pack.

It is a collection of styles from each previous album, combined and amalgamated in a fashion that almost dares you to write them off.

Corey Taylor is still full of anger and resentment, the other eight members still dripping with venomous intent, but overall the album comes across as a meeting of old versus new, with an experimental and expansive nature that almost feels like a band summing up their career in one release.

The experimental nature of songs like ‘Spiders’ and ‘My Pain’ are almost too left of field for fans of Slipknot, but ‘Nero Forte’ with its harmonious breakdowns mixed with spoken word and Taylor’s trademark barking, aggressive vocals places emphasis on the more accessible side of the band’s experimental leanings.

Songs like ‘Red Flag’, ‘Orphan’, ‘Birth of the Cruel’ and ‘Solway Firth’ show Slipknot at their chaotic best, harking back to the early days of the band when their music had more shock value and unbridled aggression.

‘Unsainted’ and ‘Nero Forte’ display the sound of Slipknot moving forward, with their hard-edged moments punctuated by softer, more delicate moments that invariably denigrate to all-out warfare, while ‘A Liar’s Funeral’, with its transition from crisp, clean vocals to screaming masses of destruction back to layered, harmonious interludes showcasing the sounds of Slipknot 2019.

‘Critical Darling’ and ‘Not Long For This World’ could have been equally at home on Stone Sour‘s next album but such is the beauty and disdain for acceptable parameters with Slipknot that they don’t care if you like them or hate them or their music. This is what they feel musically at this point of time and this is what they are releasing and fuck you if you think otherwise.

‘Death Because of Death’ and ‘What’s Next’ almost feel forced into the album, with meandering lyrical content that goes seemingly nowhere providing brief moments of apathy but when Taylor closes out the album on ‘Solway Firth’ by screaming “you want a real smile? I haven’t smiled in years”, you could almost feel the smile returning to his face.

We Are Not Your Kind could easily have been titled We Are Not Our Kind such is the indifference to material and eclectic nature of the songs but if there’s one thing we have learnt about Slipknot is they know exactly what they are doing every step of the way and this is precisely the album they wanted to release at this stage of their career.

Is it the band’s last album? Only time will tell, but if it is We Are Not Your Kind is the definitive representation of every step of Slipknot’s musical journey, and is a damn fine one at that.

PrevPrevious.BREWTALITY at The Tote and The Bendigo Hotels, Melbourne on 3/8/19
Next.Listen to music from TAI SUINext