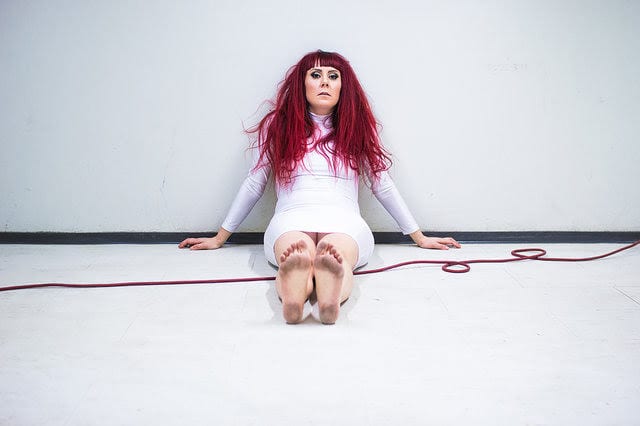 Once upon a time, this writer embarked on a tertiary study journey which encountered the fascinating and changing world of Sociology. Its impact resonates with this wordsmith on a daily occurrence in a noteworthy form still, but recently it graduated to quite a momentous level during a very enviable discussion with songstress and vocalist Heidi Solheim from Norway’s psychedelic rock blues band PRISTINE. This conversation, in turn, inspired a review of significant authors involved with the evolving social science until an incredible and treasured quotation was located in one proficient past work:

“I measure the progress of a community by the degree of progress which women have achieved.” – Dr. B. R. Ambedkar.

This statement’s relevance is in actual fact this article’s motif, for you see, in a matter of days PRISTINE will, in fact, release their brilliant fourth album Ninja upon the world and situated at the halfway mark of the LP is a powerful track entitled “The Rebel”. This song was actually inspired by an interview Heidi observed with a female artist who discussed the challenges of being a woman in the business world; furthermore, the track actually negotiates the reactions to this interview as the woman’s fashion, attitude and sexiness were cause for near slander. As Ms Solheim explains, the inspiration was not, in fact, an instantaneous reaction and one she had to reflect upon herself to identify the concerns:

“I never thought of myself as a woman in the music industry until a couple of years ago when people started asking me about it, especially reporters or journalists in interviews.” She admits – “I have always been working with from what I can recall, only guys, during my time as a musician for at least ten years. I had never given this much thought until I guess it became a hot topic years ago.
“Truthfully I never thought of myself as only a musician or artist, but recently I have noticed that there isn’t that many of us, especially in the rock genre; there aren’t enough female artists or booking agents or woman who run labels. Suddenly I became very aware of this in more recent times and you, without a doubt, do get treated differently as a woman in this industry.”

Did you experience this first hand?

“I noticed this when I started booking shows, and I had to become this ‘sales person’ of sorts; constantly trying to get this ‘product’ called PRISTINE into festivals and stuff like that and sometimes I would get this vibe that I was not getting taken seriously at all and almost getting laughed at. The more I reflect, which I am doing a lot of as I am about to release my fourth album, either I was lucky or I didn’t see the signals before, but I really do believe that there NEEDS to be more women in music and the industry.”

In the world of Sociology, gender equality is arguably one of the most highly regarded topics in importance and one which has made proactive advancements in human existence. It is unfortunately far from a global appreciation, but it is progressing and continuing to do so. The growth of “Women In Music” is marvellously expanding, hopefully to the delight of the aforesaid Dr Ambedkar, although it is not quite universal per se.

“I think it is very different in the pop genre, you think of a pop song and it can easily be sung by a girl or guy. However, when you think of a rockstar, unconsciously many would immediately envision a male. But if we all continue to work towards it and give women the respect they deserve and everyone gets treated more equally, these things can change.”

Heidi elaborates further – “It can be anything as well, not necessarily gender – I mean the colour of skin and native language can sadly be a factor in this too. I cannot emphasise enough though the idea to keep your head up, back yourself, continue to want it and see the bigger picture. Ten years from now, this might not be an issue anymore you know?”

A powerful message undoubtedly; in concordance, however, upon experiencing: Ninja the listener will essentially be exposed to power. The talent in which Heidi Solheim and her band PRISTINE reveal is otherworldly. Remarkably the album was recorded in just one day and the result is bordering on unbelievable. An orchestral blues rock LP would be a close description, honestly though, a vast understatement. Heidi has disclosed that she hit a “reset” on herself in writing the full-length and what the world will soon experience is an emotionally open journey channelling love and admiration (“The Parade”), politics (“The Rebel”), personal demons (“Jekyll & Hyde”) and pain (“The Perfect Crime”) amongst so much more. The question is though, was this exposure of internal emotional movement difficult or therapeutic?

“I think a bit of both as a person I actually open up very easily (laughs), I’m quite a transparent person, like an ‘open book’ as my brother describes me.” She confesses – “On the other hand though, for example with ‘The Perfect Crime’ I had a really tough time with an old friend of mine, it was extremely therapeutic to write that song. It was a process where I was able to channel my emotions from something that was rather sad into something positive. It was a healing process but in a very natural way.”

What about the song “Jekyll & Hyde”? Surely this must have been a distressing mental area to visit for your art?

“That is a really dark song; essentially I think everyone has their own demons of varying sizes, some are rather immense and others small and it changes with each person. But the point is everyone has their own struggles and I have been really fascinated with when someone has a really tough time and their voices in their head tells them that they are no good and that they cannot get through whatever obstacle they are facing. Or questioning their actions or existence, like: ‘Why did you act like that’?; these demons become a real evil on a person.

“To respond though the best way is to switch all of those bottled up emotions, doubt and negativity into something else, work it into something positive. There are so many different versions of yourself and one filled with self-detriment and dislike is typical for many people. That is what the song is about, juggling all these versions of yourself.”

The main character seems to be negotiating too many thoughts at once?

“It is and of course when you write music, and you put yourself inside that bubble of disarray it is extremely exhausting coming out on the other side of it; it always is. In a sense, you are trying to take everything inside of you and pull it out almost instantaneously and painfully. It is very brutal. Actually, that sounds really metal doesn’t it?” She explodes in a fit of contagious laughter.

The next stage after Ninja’s release is the grandest for Heidi and Co., which is the touring cycle behind the full-length. For the first time in their career, the band have a powerful label push from Nuclear Blast Records that will see their music available on a scale never experienced by the outfit before.

“I’m interested to see how the new album is welcomed to the world, especially since this is going to have the furthest reach out of any of my releases so far. It is being released on a much more international scale, and hopefully, with that element, I will be able to see so much more of the world, including Australia.”

So referring back to the Sociology topic preceding this interview, with Heidi’s art literally finding almost every interested corner of the world in a matter of days and the substantial likelihood of her performing her music to more people than ever before in places PRISTINE would have never dreamed, I’m certain Dr Bhimrao Ramji Ambedkar would be elated with this progression #WOMENareWONDROUS. 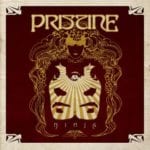