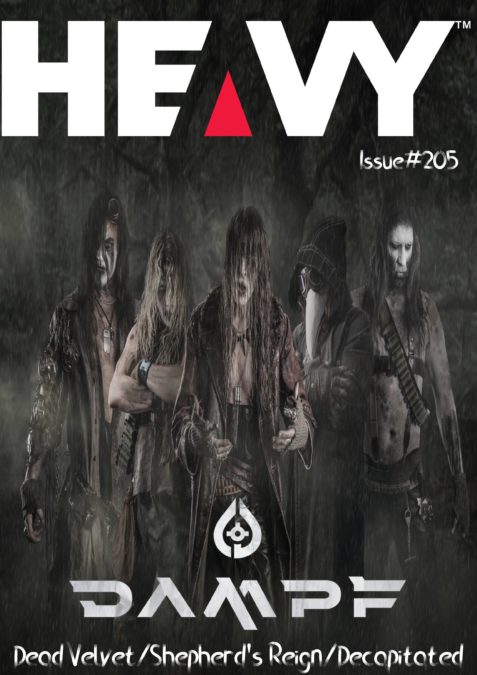 We love it when new groups come across our desks at HEAVY, but when those groups have friends in Bathory and Sabaton then the excitement levels go through the roof!

So it is with new outfit DAMPF, the brainchild of Martin “E-Type” Erikson, AKA A-Tron. DAMPF release their debut album The Arrival on June 3 and it is so good we just had to reach out for a chat and put the band on this weeks cover…

We also speak with Shepherd’s Reign and Dead Velvet, plus bring you all the music and tour news from The Offspring, Decapitated, The Screaming Jets, John Corabi and Belushi Speed Ball.

There’s new music from Bullet For My Valentine, Anthrax, Dead Lakes, Belphagor, Vilify, Chloe Trujillo & Rav Medic, Counterparts, Raygun Romance, Black Void, Synge, Blind Guardian, Blacktoothed, Mojo Alice, In Hearts Wake, Helloween, Of The Sun, Half Past Two, Simon McBride and Dead City Ruins PLUS we review the new albums from Decapitated, Man With A Mission and Where The Devil.

Factor in all of the latest news, previews and reviews from Hollywood with HEAVY Cinema and you have yourself plenty of reading material!