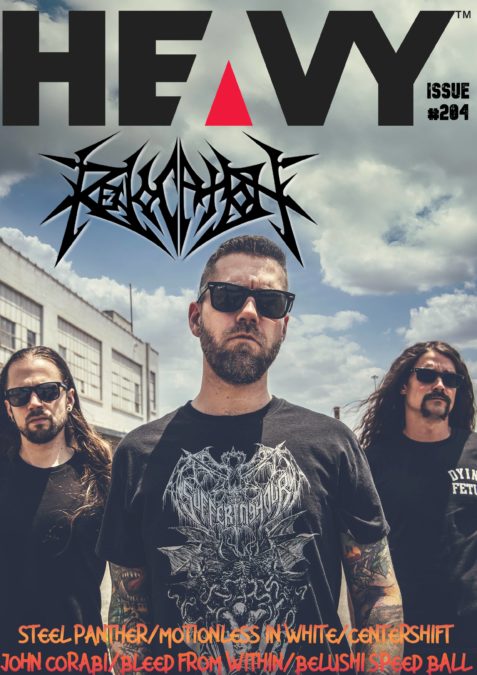 Music in general is finally starting to spread its wings around the globe once more, with Rock, Punk and Metal all seeing a welcome return to our ears and stages.

After three years of silence, Australia’s premiere metal festival Blacken Open Air comes back to life this year, with headlining act Revocation joining HEAVY to chat about their appearance.

We also speak with Centershift, Motionless In White, Steel Panther and John Corabi who all bring us up to date on their upcoming and latest music and tours.

If it’s new music you want, then clear a couple of hours because we bring you new tracks from Arch Enemy, Horizon Ignition, Temple Of Void, Miss May I, Avian, Skid Row, Any Given Day, RatKing, Mayday Parade, Coreleoni, Limbs, Evergrey, Space Of Variations, RXPTRS, Outlanders, Bleding Through, Helloween, Sasquatch, Malevolence, Horned Wolf, Interloper and Lost Society, plus we premiere the new song from Aussie metal outfit Remains.

There’s all the tour and music news from George Thorogood, The Sisters Of Mercy, Alestorm, Mediterranea Metal Cruise and The Answer.

If that’s not enough, our review team listen to the new albums from Belushi Speed Ball, Evergrey and Bleed From Within and deliver their verdict, PLUS there’s all the news, reviews and previews from Hollywood courtesy of HEAVY Cinema.

I’m excited about the future of metal, and you should be too!

In the meantime, get out and see a band – any band – play and keep the spirit of metal alive.

It starts with you.