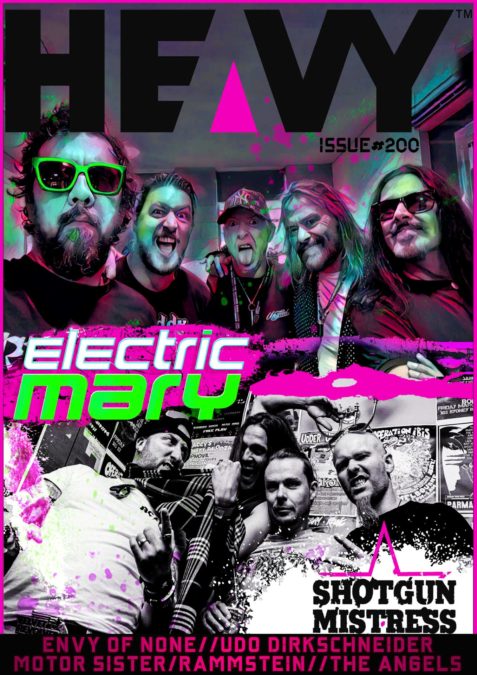 There’s been some big albums, tours and announcements this week, making the choice for the DigiMag cover a little harder than usual, but we think we got it right by electing to have Electric Mary and Shotgun Mistress share the space, both talking about their upcoming tour that sees them reach most parts of Australia.

We also speak with Scott Ian from Motor Sister about their upcoming album Get Off, catch up with UDO Dirkschneider about his new release, Envy Of None stop in to chat about what they are up to and the enigmatic Dave Gleeson joins us to chat about this weekend’s Fist Full Of Rock concert with The Poor, The Angels, Rose Tattoo and Baby Animals.

Mammal premiered their latest track, The War with us this week, and it is an absolute cracker!

Our review team check out the new albums from Rammstein, Ocean Grove and Motor Sister, plus HEAVY Cinema brings you all the goss from Hollywood.