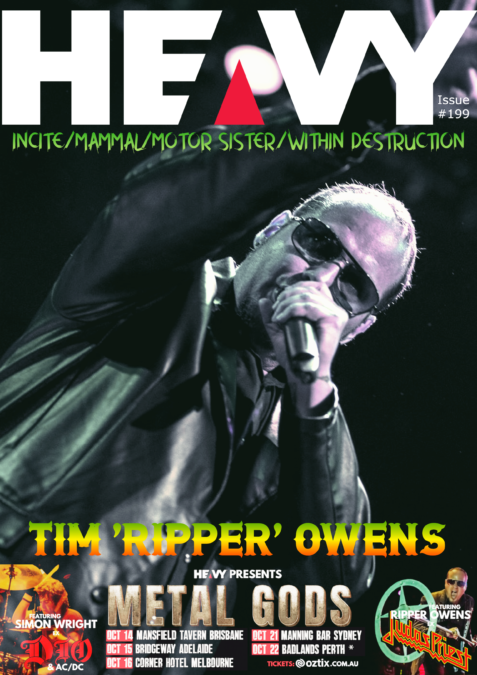 It’s been a bumper week in metal, with HEAVY having the opportunity to talk to some of our own personal idols and listen to some cracking new albums!

This week we feature Tim ‘Ripper’ Owens on the cover, talking about his upcoming Australian tour with Steve Wright as part of the Metal Gods tour, which sees the pair covering tracks from Judas Priest, Dio, Black Sabbath and more.

We also caught up with Richie Cavalera from Incite about their new album, Within Destruction and Mammal drop in to talk about their music, plus we feature a special chat with Danny Bazzi from Silverback Touring about the Uncaged Festival which kicks off this weekend.

There’s heaps happening on the news and touring front from Mortal Sin, Mayday Parade, Slipknot, Vader and The Hu, as well as HEAVY Cinema which brings you all the latest news, reviews and previews from Hollywood.

Crack open a Jack and sit back and get your complete wrap up of the last seven days in metal!