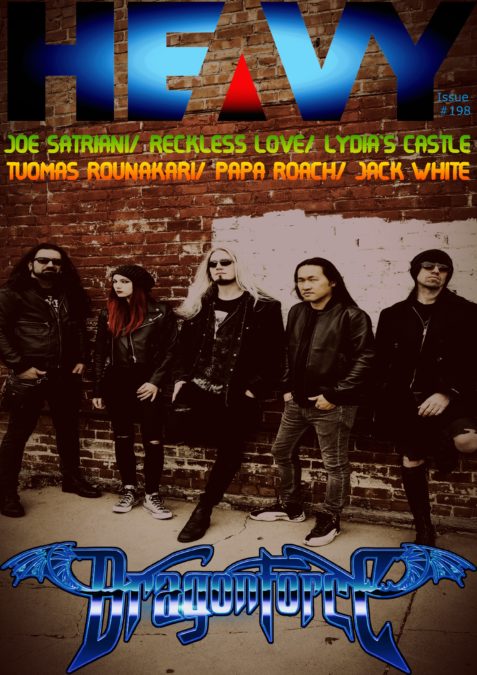 HEAVY Is proud to feature Dragonforce on this week’s Digimag Cover.

We have been sitting on this chat with guitarist Herman Li for a few weeks now, but can finally unveil it in all its glory!

We also speak with sleaze rockers Reckless Love about their new album, Lydia’s Castle about their haunting new track, Joe Satriani about whatever planet he is from, plus we catch up with Korpiklaani fiddler Tuomas Rounakari about his latest solo project Bear Awakener. This interview was that insightful, we had to split it in two for full effect…

Metal Gods – featuring Tim ‘Ripper’ Owens and Simon Wright – has been announced for later this year in Australia, so we bring you the latest on that, plus news from TesseracT, The Plot In You, Dirty Honey and the upcoming Uncaged Festival, plus our review team runs through the latest releases from Jack White, Get Rekt and Papa Roach.

HEAVY cinema brings you the latest news, reviews and previews from Hollywood as well so I’m pretty sure you have all bases covered!

Get out and see a show this weekend. Hell, see three. Whatever, however, just get band live music and show the bands they are appreciated…