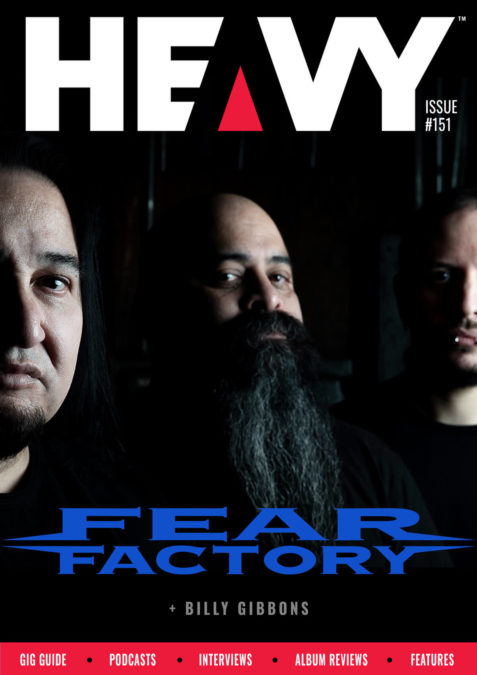 Metal royalty grace the cover of this weeks Digimag, with Fear Factory’s Dino Cazares catching up for a chat about the band’s upcoming album Aggression Continuum plus the departure of vocalist Burton C Bell.

Billy Gibbons from ZZ Top also features, talking about his new solo album Hardware and Nathaniel Shannon provides an entertaining look into the world away from the lens in a chat about his stunning new EP The Three Mothers.

There’s new music from Madman’s Lullaby, Sleep Walker, Villa Mortal, Crypta, Sabaton, Evile, Insanity Alert, The Mighty Mighty Bosstones and Light The Torch, The Night Flight Orchestra, The LA Maybe, Myles Kennedy, Five Finger Death Punch and Andrew W.K,  plus a swag of news from Smith/Kotzen, Monsters Of Rock cruise, how you can get yourself a special virtual signed bottle of Iowa whisky, and Frankenbok‘s tour to Far North Queensland.

Our Last Enemy premiere their latest single “Decline Atrophy” and we feature a review of last weekends Southside of Hell Festival at the Mansfield Tavern.

In HEAVY Cinema we have the trailer for the wicked new movie Venom: Let There Be Carnage plus we review new flicks Those Who Wish Me Dead and Spiral.

We have all your Hollywood news including Disney going to ACMI, the first Stillwater images, Occupation Rainfall‘s home entertainment release and the upcoming movie Eden.

So seeing there’s no footy on tonight what else is there to do but grab a can of Jack and kick back and read the Digimag?