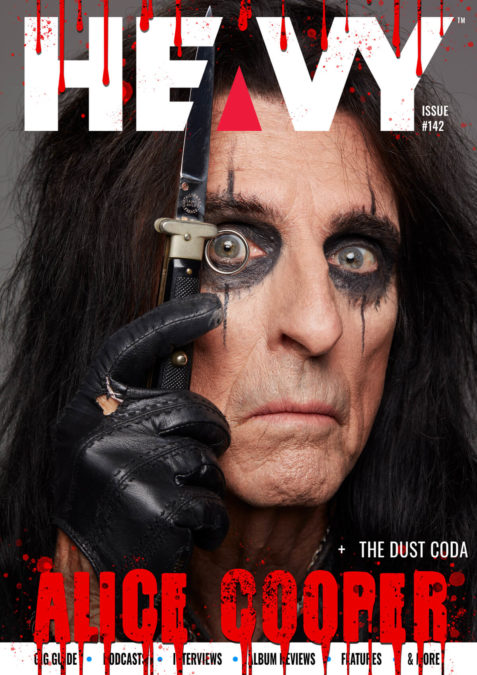 This week we have rock royalty gracing the cover of the Digimag with none other than Alice Cooper! We had a great chat with him about his new album Detroit Stories and loads of other things so make sure you have a listen to that.

We also chat to The Dust Coda who will be dropping their second album Mojo Skyline later this month.

This Goes To 11 is back, plus there’s news from Alice Cooper, Nuclear Blast Records and Women’s History Month plus some stuff on the upcoming new Joe Strummer solo collection.

Rob Zombie’s new album The Lunar Injection Kool Aid Eclipse Conspiracy lands this week and we have a review on that monster to make your ears bleed!

HEAVY Cinema has a swag of reiews for new movies Chaos Walking, Girls Can’t Surf, Judas & The Black Messiah, Demon Slayer The Movie, Nomadland and About Endlessness plus there’s interviews with Bill Leimbach, Nathan Hill, Rob Innes and Julie Sokolow so strap yourselves in for a massive issue with a bit of something for everyone!