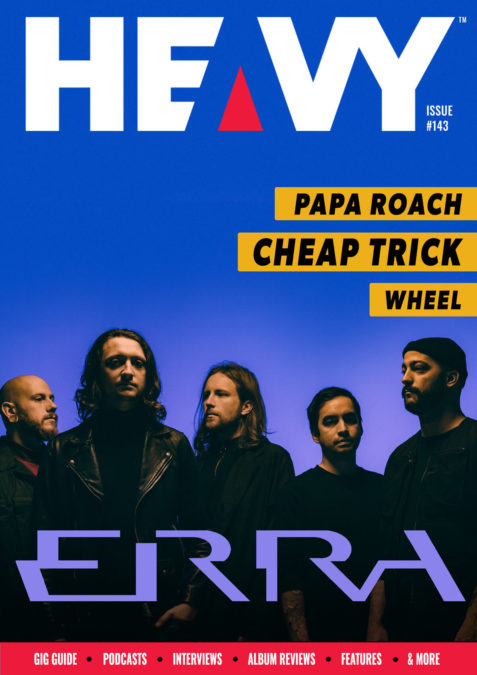 This week shows the true diversification of music within the hard rock/metal spectrum, as we feature interviews with ERRA, Wheel, Papa Roach and Cheap Trick about their new albums. Cheap Trick are also preparing for a tour to Australia as part of the Under The Southern Stars Festival with Bush and Stone Temple Pilots so have a listen to Rick Nielsen talk about the tour and new album.

Bacon’s Slices returns with ways on how to possibly protect yourself from another Zuckhead tantrum, plus we have all the news on Groglords new shipment of Kiss Rum Kollection plus Soilwork’s stance on mental health.

We review the new album from The Dust Coda which is out next week and in HEAVY Cinema we feature the latest episode of The Popcorn Conspiracy, #125.

The year is starting to heat up in the music world and rest assured HEAVY will be with you every step of the way.