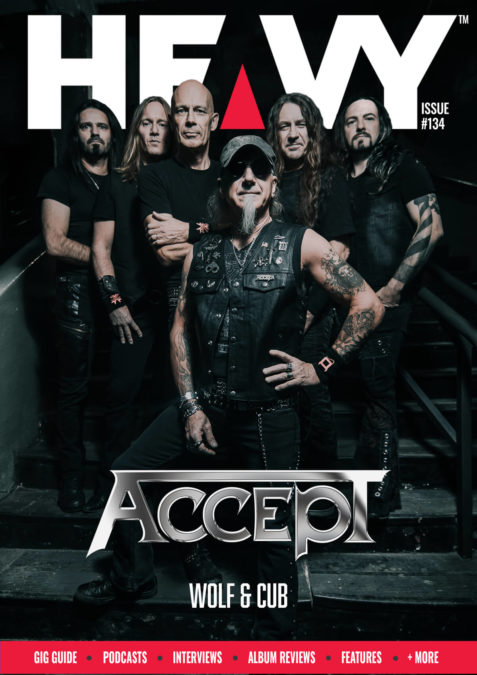 Two weeks into 2021 and although the shadow of COVID still looms large it looks like the metal world has started firing back up again with a vengeance!

This week we catch up with Wolf Hoffman from Accept about their sensational new album Too Mean To Die. We also speak to Wolf & Cub about their upcoming appearance at Brisbane’s The Other Festival while Flaming Wrekage stop in to talk about their new single “The Voiceless”.

Two bands are premiering their new music through HEAVY this week, with Clay J Gladstone and Flaming Wrekage both putting out cracker tunes.

We have a plethora of new music for you to listen to from Toxic Sound, Abiotic, Midnightdate, Pagandom, Of Mice & Men, Erra, Corey Taylor, Whores of Khan, Danny Elfman, The Kings of Quarantine, Thirdface. Total Massacre, Inglorious, Under Attack, Vella, Wreck-Defy, Kvilla, The Dust Coda, Disout, Abigails Affair, Annisokay, Werewolves, As Everything Unfolds, Delilah Bon and Chevelle plus a special video interview by our own Olivia Reppas about metal and mental health.

HEAVY Cinema features interviews with two cast members from Go/Don’t Go plus blockbuster reviews for new movies Buddy Games, The Midnight Sky, How To Be A Good Wife and Happiest Season!

This week’s Digi-mag is so jam-packed full of goodness I decided to get it out earlier to give you time to catch up on everything so enjoy.