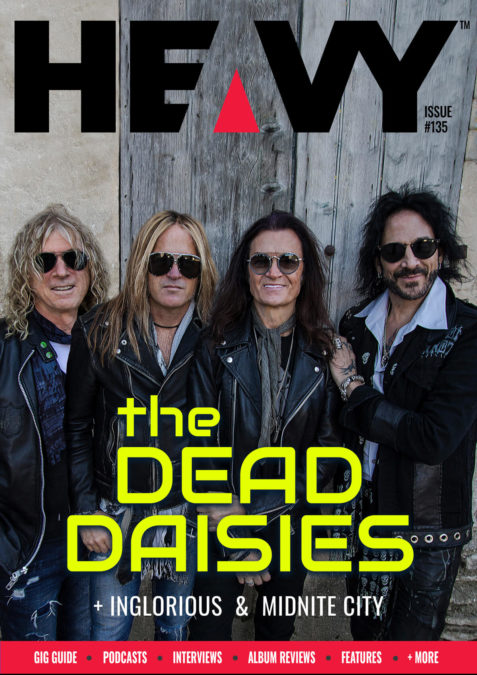 Some big news as far as releases go this week, and HEAVY has interviews with some of the major players!

Doug Aldrich from The Dead Daisies chats about their upcoming album Holy Ground, while Inglorious stop in to chat about their new belter of an album We Will Ride.

British hair metal upstarts Midnite City talk about their new single “Crawlin’ In The Dirt”, as well as the slightly heavier direction taken on the recording.

HEAVY Cinema reviews Shadow In The Cloud, Music and Bill & Ted Face The Music, while there is also some fresh news about TV shows The Muppets and Saved By The Bell.

Hopefully, there’s something in there to please everybody but if not, well…