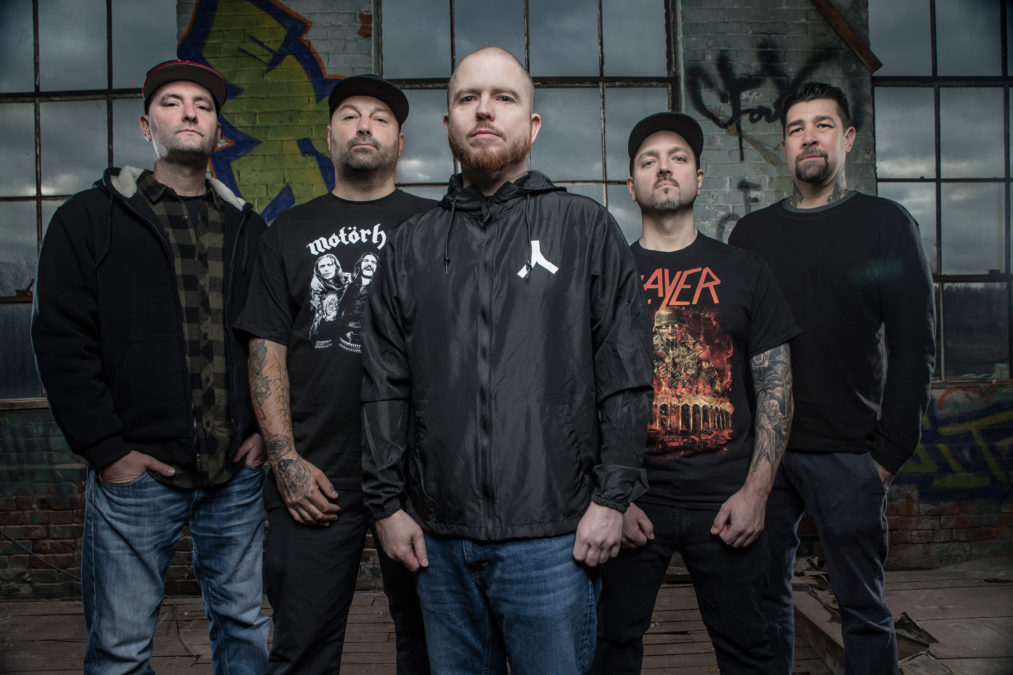 Hatebreed are about to unleash an album that, although promising to be a typical hardcore offering from the band, is also a monster that promises to expand on the sonic destruction that is Hatebreed even further.

Weight of the False Self, which will be out on November 27, is an album over twelve months in the making, but one which guitarist Wayne Lozinak stresses is one worth the wait, a shining light if you will in a year that has left little cause for celebration.

“We started recording this album last November with pre-production so we were pretty much done sometime in January,” Lozinak pointed out. “We’ve been waiting for it to come out – and I didn’t even know if it was gonna come out this year – we were supposed to start touring in March and the album was supposed to come out in May so everything got cancelled and postponed so I’m just happy that it’s finally coming out before the year ends.”

After initially being slated for release in May, Weight of the False Self has had extra time to ferment and sit with each member of the band, posing the question of whether it is better to put something like that to bed or allow yourself to stress on things you could change with the now benefit of hindsight.

“I was pretty happy with the way this album came out,” Lozinak affirmed. “We usually do that in the studio, we make sure that it’s how we want it before we finish and working with Zeuss, our producer who we’ve worked with for so long, he’ll tell us if there’s something wrong. Even if we’re playing he will be like ‘try that again, that’s not gonna work’ so I’ve listened to it several times now since we finished it and I’m still very happy with the end result. I guess there’s little things here and there that you always wanna change but not really. I think it’s good.”

In the full interview, Wayne talks about the album in greater detail, the new term Slaughterlust that makes up one of the song titles, the guitar sound on the album, representing Hatebreed in 2020 and how that has changed since the early days of the band, writing songs as your career progresses and more.