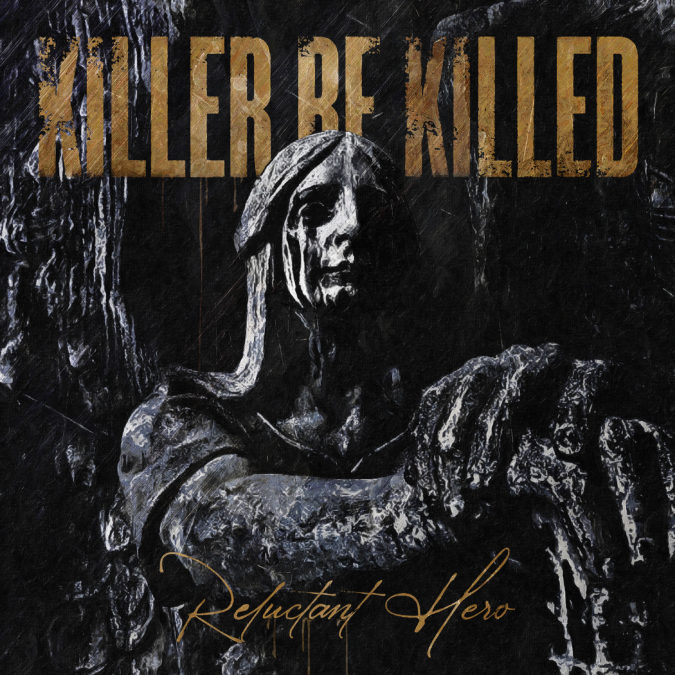 Killer Be Killed’s first album was IMHO one of the best metal debuts album of all time. Supergroup forays are always a dicey ring to get into especially when it contains four of the finest musicians from all walks of heavy metal diversity come together in the same rehearsal space. The challenge of such massive undertaking can go one of two ways, those being that the sum of all the parts just fail to make an impact or alternatively it is one of the greatest moments in extreme music history. Killer Be Killed thankfully falls into the latter category. Their self titled debut released way back in 2014 was without question a magnificent eleven song offering that brought some of the most straight up, no frills, angry and enjoyable rockin’ groove influenced grit that honestly it would seem that only Greg, Max, Troy and Ben could have delivered! KBK’s debut was an incredibly important album that the unsuspecting metal listening public didn’t know they needed.

As it goes follow up sophomore albums are always incredibly important for any band. Especially those that have left an indelible mark on the listener with a debut album and with Reluctant Hero a mere days away trust me when I say that it will be more than an indelible mark left on your ears my friends. It is going to be a scolding hot brand blistering the flesh of those joyously enough willing to stand in front of a wall of speakers, blissfully ready for the ensuing chaos and carnage that these four legends give us for this round two in their career. I won’t harp on the period of time between albums and the incredible secrecy and silence that surrounded Reluctant Hero’s writing and recording. You can hear Greg Puciato, vocals and guitars talk about that in the Podcast he has done with me for HEAVY mag elsewhere in the web site.

What I will talk about is the contents held within the grooves of Reluctant Hero. Straight up, it is a very well structured and mature album that has grown significantly from the infancy of the band since their debut. That said, the familiarity and foundations of the songs that came before them are very much evident but the songwriting of Troy, Max and Greg has gone far beyond the realms of a “what could have been a one-off band” featuring only Greg and Max to a co-operative of collaborative metal song writing and producing brilliance.

The first teaser that was dropped was the crushing “Deconstructing Self-Destruction”. By now surely you’ve heard it. It quickly accelerates from 0-110 as Killer Be Killed prepare to surge forward unrelentingly with or without us following them beyond the shit show that is 2020. All three vocalists share the spotlight here, opening with Sanders’ deep and instantly recognisable trademark voice the chugging guitars and drum tease tantalisingly as we prepare for the onslaught of the rhythm quickly pulsating faster as Puciato joins in stepping up to the microphone. Then a crushing slow to fast breakdown with a quick appearance from Cavalera grabs us then the chorus. Oh my god, that fucking chorus is to die for! Without question, Reluctant Hero is where we embrace the collective brilliance of Killer Be Killed. A gentle hand is extended by the band for us to grasp as track two and second single released “Dream Gone Bad” starts and blissfully caresses our senses as we trust KBK to take us where they may. Whilst it may have settled the heart rate “Dream Gone Bad” is a mirror on the careers of the members within KBK reflecting their more vulnerable and more open yet solemn parts of themselves that allow us to actually feel connected to the bands that have captured our souls in years/decades gone by.

“Left of Centre” is simply the classic highway driving banger that ensures any angst within is expelled or amplified. Either way WIN-WIN! All members of Killer Be Killer have said the reason they exist is to write and play songs that their young adolescent selves want to hear and play. “Left Of Center” is that realisation if you hadn’t recognised it yet by listening to them. But contrarily the familiarity is left by the wayside as the violent schizophrenic disjointed angry psyche in unleashed on the brand new single “Inner Calm From Outer Storms”. The malevolent track is the true workings of all parts of the machine locking into one another musically to deliver a song of unquestionable madness wrapped in pure methodology.

“Filthy Vagabond” is an anthemic crowd moshing crushing tune of straight-up chaos. Pure and simple. You could see this as Killer Be Killed’s live set opener to get the audience slamming into each other. Pure adrenaline sweat-soaked madness. “From A Crowded Wound” brings the malevolence down instantly as a sombre lone guitar chugs hauntingly in the background waiting to awaken the beast within. It teases, ebbs and flows with Puciato’s familiar tones echoing solemn emotions from calm to his trademark angry screams. A crescendo creeps forwards, teasing our emotions like an ex-girlfriend. Never reaching climax but always edging us tauntingly “From A Crowded Wound” is a hypnotic song of intense anger. So here at the latter half of the album Killer Be Killed have not only truly outdone themselves on Reluctant Hero‘s entirety but they have shattered any and all expectations that were never really laid upon them.

Surely the rest of the world will get the special opportunity that we Australians we gifted in twenty fourteen to see one of the worlds greatest metal supergroups live on the back of Reluctant Hero’s release should the worlds borders open sometime in 2021.

If nothing else between the words of attempting to review such an important second album from an important band that again I must reiterate have but never thought we needed…from start to finish – RELUCTANT HERO FUCKING RULES!