Bringing Out The Psycho With CYCOTIC YOUTH 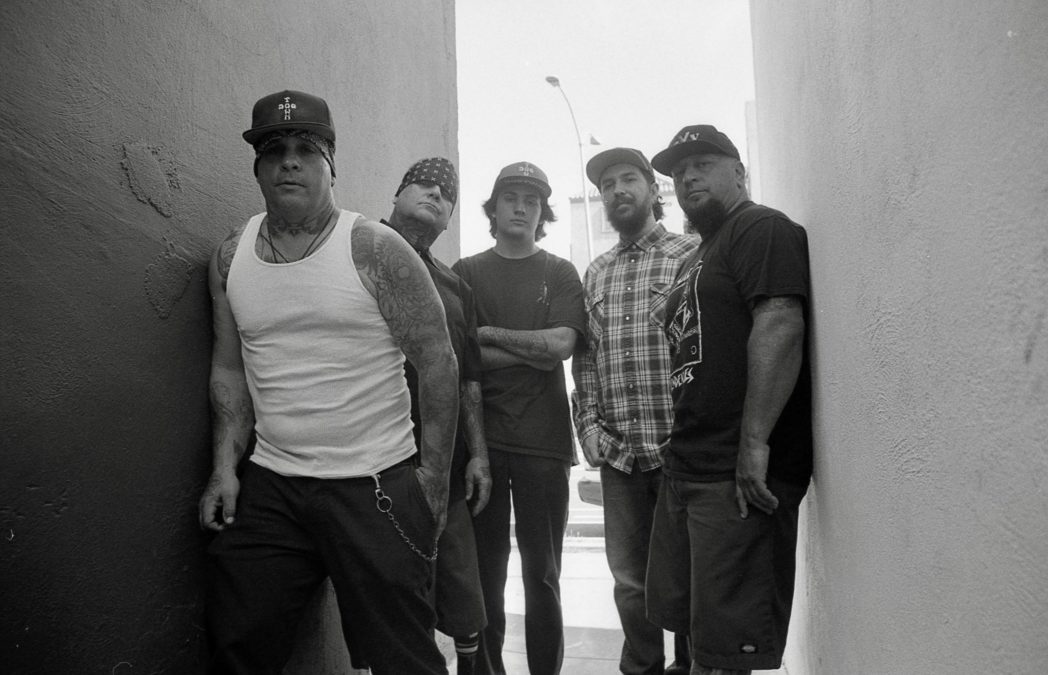 When US punk/thrash outfit Cycotic Youth first hit the music scene with a crushing straight jab to the jugular in 1983 the whole crossover thrash/punk/metal scene was still simmering angrily beneath the more established and traditional forms of metal.

The band released a blistering self-titled album in 1985 which led to them sharing the stage with King Diamond, Death Angel and Cryptic Slaughter, culminating with selling out their own show at the Roxy in 1987.

What had started with a murmur had swelled quickly into a musical tsunami, with wave after wave of rebellious music lovers of all ages gravitating to the sound that was set to revolutionise the landscape of metal.

Unfortunately, Cycotic Youth disbanded before they claimed their rightful place amongst the downtrodden youth who had dared to rise up, and it would be some 30 years before another musical shot was fired in anger.

Rather than dwell on what could have been, vocalist and founding member Jason Brown has assembled the troops for battle once more – with an entirely new line-up – and set his sights more on a continuation of what the band started rather than a comeback.

Following the release of two crushing new tracks in the form of Cycofied and Cyco Up, Cycotic Youth are preparing to unleash a new album on the world in the near future, slotting back effortlessly into a scene that has become a way of life.

Brown sat down with HEAVY to bring us up to speed.

“It’s been 30 years since we put out a record,” he smiled. “We have one circulating now, but it’s basically a bunch of our older recordings and some unreleased demos that a label out of Seattle put together for us called punkrecords.net. It was a friend of ours, a big, big punk rock guy, and he decided to put it out. He said I’m gonna press it, give you guys half of the copies, and you do what you want with it. So we were good with that and circulated it around a little bit and about six years ago we were asked to do a reunion show for a friend of ours who was sick. So we got the band back together minus one original member but the other members really hadn’t played in a long time, so it was kind of a shit show but, you know, everybody was so wasted nobody cared and we thrashed the place, and it was good. We didn’t expect to get the response that we did from a lot of people. They just started asking us to do shows again, so we got some new players in the band – me and my brother were the original members – and started doing shows again and generating a following. With that line-up we decided to go into the studio and record a new full-length album – twelve songs – which we did. It’s probably the best stuff I’ve ever done.”

In the full interview, Jason tells us why he chose Cycofied and Cyco Up to announce the rebirth of Cycotic Youth, how easy it is to tap back into the anger of youth, why now is the right time to come back, the upcoming album and what to expect, fitting in to the modern music world, the genesis of the band and more.