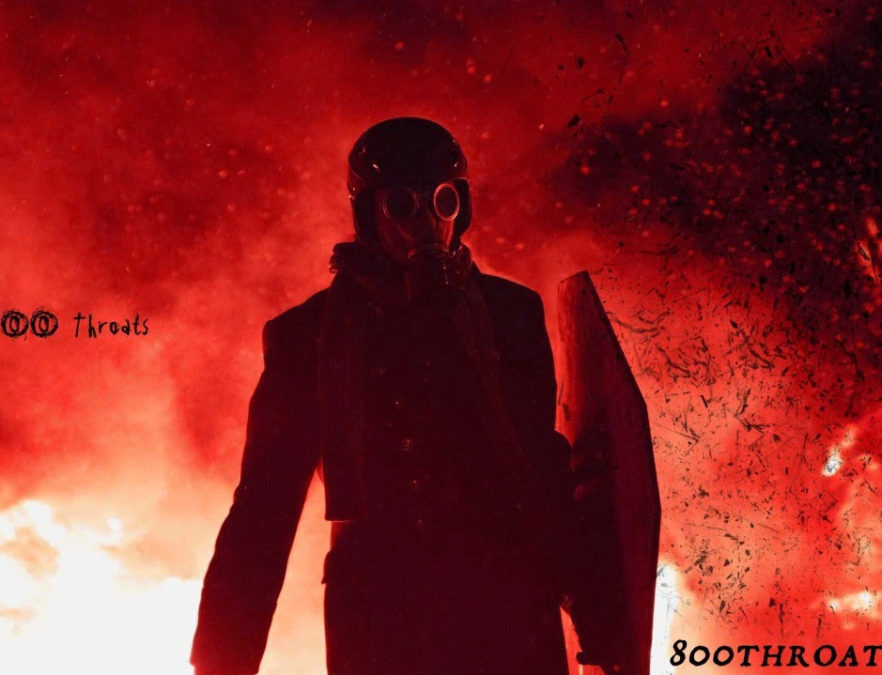 Before I go too deep with 800 Throats, I’ll clear my throat and start by saying I have no idea who these blokes are. All I know is that they are from Seth Efrica, and are influenced by the likes of Fear Factory, Static-X, Ministry, and Rammstein.

Now, let me just say that the opening track is exactly what you might expect from a band listing those previously mentioned acts as influences. Except for the Christmas carol intro that is. It is a bit weirder, though, if it is possible to go any weirder than Ministry and Rammstein. The opening track is titled Sapiens and it jumps all over the place between those 4 influences. Very industrial, very complex and literally all over the place.

The second track Ants keeps to its own and follows more of a set groove than the opening track. Again, it’s very, very industrial and programmed drums hold it all together. It almost sounds like this is a solo basement project, but I can’t find any more information as the “band” doesn’t appear to be on faceboot, and I’m fucked if I’m jumping onto instantgram.

Title track King Wicker starts by building some atmosphere, and then gets a bit sporadic. Think a really boring Tool song (your choices are endless) then cross it with Ministry’s N.W.O. and you are getting somewhere close to this track. It’s all over the fucking place.

I’ve stopped a minute to google what this is all about, and here’s what I’ve found. 800 Throats, as expected is a one man band. That one man calls himself Luka, and apparently he is some kind of well known Dubstep/Psytrance EDM artist. Whatever the fuck that means.

And on that note, I’ve decided to stop giving a fuck. The final track False is like the other tracks, it’s fucking weird techno with some heavy guitars …