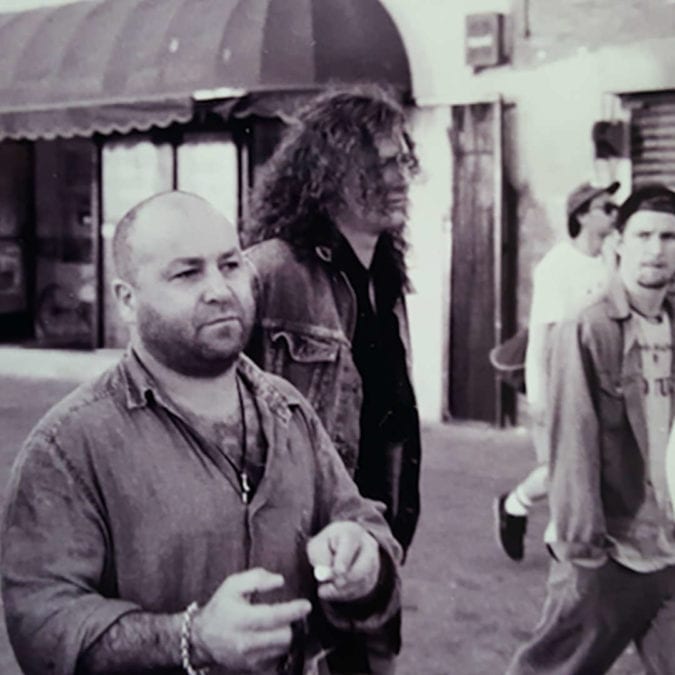 If you were a fan of Aussie music in the 1990s then there is a pretty good chance that at some time you came across Horsehead. While grunge was sweeping Australia Horsehead were still delivering powerful 1970s inspired stadium rock and at one time shared the same US management team as KISS, Alice Cooper and Metallica.

The band sadly folded but now twenty years later they return with a very special legacy set available to fans and will be doing a special show at The Corner Hotel. HEAVY Mag recently had the opportunity to sit down and talk to vocalist Andy McLean about what has sparked this Horsehead resurgence.

“The last gig that we did was in the year 2000,” reflects McLean as we talk about the band’s past successes. “We all went our merry way at that point, some of us like me have had kids and all sorts of things. My reading of the situation though is that there must be some kind of wave at this age, we are all in our 50s, a wave of nostalgia that is going on as people come out of raising kids and they start to look back at the stuff they were listening to when they were going out and enjoying bands. And I think that it was Mark Alexander-Eber from Golden Robot Records who was an old fan of Horsehead many years ago. I think he used to work in pubs in NSW and had fallen in love with the band and he rang us and said ‘I have to have you guys on my label, it is a love situation because I have always been in love with Horsehead.’”

“For yes us guys in Horsehead have talked about would we ever get back together again,” McLean continues. “The timing has never really been right but this time he pursued us and said that he was going to get all our back catalogue and get it sorted digitally. I think that was the key for us this time around, the music scenes has changed so much since we were doing it… you have streaming services and stuff so for someone to come out and say they wanted to lasso all our old stuff and get it sorted and online was enough to get us into a room and listening to our old recordings.”

We delve further into what that was like as they opened up the time capsule and McLean says. “We had a blast. We found all these old songs that had never made it onto recordings, I’m not sure why we were probably bored of it or whatever, so we threw all them together and then he said he was going to bring them all out as part of a box-set. So that is what has happened and there seems to be an incredible vibe on the whole thing from young people that are getting into our music, especially the guitar stuff again… I think the world is full of a lot of music with not enough guitars. And then there are the older guys like us that are going back to revisit it because the timing seems really good…. that is my take on things.”

With the press release really enhancing the fact that the Horsehead show coming at The Corner Hotel is a ONE OFF I couldn’t help but ask McLean if that one off label is absolutely set in concrete. “That is a great question,” he says while laughing hysterically. “A great question!!! The drummer Maxie would say ‘never say never’, other members would say ‘nope we are doing it just this once’ but my take is that I know this band and I know that we won’t be doing this show without us being back on our game and that means quite a few rehearsals to get back in touch with the material. There will be a different kind of intensity, we are obviously not young guys anymore but we are certainly loving the music and loving get back into the zone and it will be a passionate take on things. We’ve all realised that this is a monster task to get us up to a gig and therefore just doing one show seems a little bit ridiculous, but at the start we did say we would just do one show because everyone has been hassling us for years and we’ve always said ‘no, no, no’ until now the box set is coming out and we just said ‘let’s do this once.’”

The Horsehead box set is out now through Golden Robot Records and the one off show is on at The Corner Hotel on the 1st February.