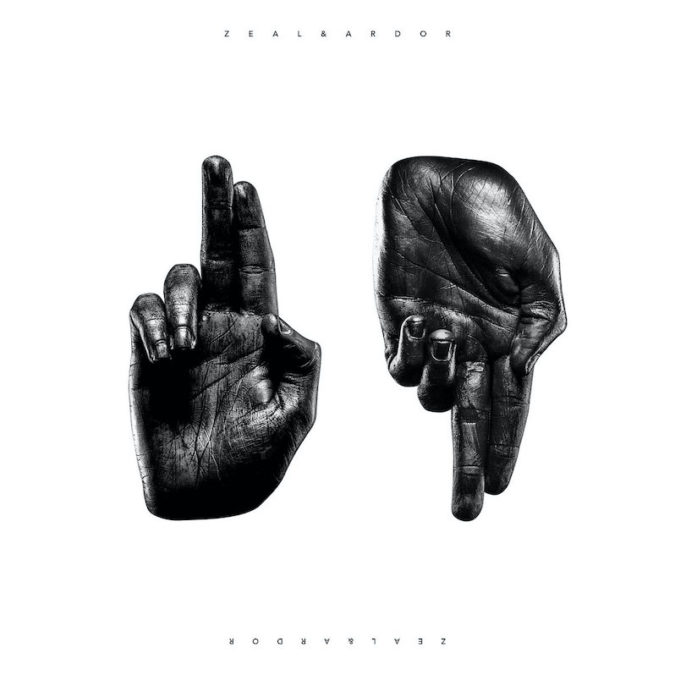 I’m always interested in the strange and unusual, and by golly Zeal & Ardor’s self-titled album piques my curiosity. Frontman Manuel Gagneux really let his brainchild run wild on this album.

He’s taken the last few years of abnormality and took his time with the songs to get them exactly how he wanted them. A luxury you certainly don’t often get in the recording world.

Zeal and Ardor twist genres throughout the album quite fluently. It could appease someone who loves to adventure genres, promising to take you on one hell of a fucking journey! In pockets, the songs are quite emotional and deep – sometimes building into all out-metal fest – or maybe a blues chant – you just need to buckle in and see where this adventure takes you.

The album starts off with a 1:58 intro that gets you slowly wound up for the what’s coming next. The undertone straight away gives you that ‘uncomfortable’ feeling, I love it. Next up off the bat is Run which is accompanied by madhouse a film clip you can check out on YouTube – it’s fucking wild. Gagneux’s mix of German/ English vocals give him this deep angry growl, paired with the guitars in the background that almost sound like war sirens, this makes for an amazing introduction into this album.

Continuing through the album, Emersion gives you this false sense of calm. This is very short-lived, as what you get is an instrumental teamed with Gagneux’s primal screams. I can’t help but feel this is a page out of his diary or something, full of emotion and brought to life through song.

Looking for a little breather? Golden Liar offers you a little calm among the storm. This song really showcases Gagneux’s strong vocals as he sings his heart out on this bluesy/ country tune. You can’t complain about the range that Zeal and Ardor offer you time and time again.

Towards the end of the album, you’ll hear Hold Your Head Low. This song starts off with this sexy ass bass line that instantly draws me in. I’m a bit of a sucker for the blues and love hearing the influence throughout this album. I like how the genres are blended, it’s not too over the top and I find them quite complimentary to each other!

The last track off the self-titled album – A-H-I-L – has these space/ alien sounds that are most likely to designed to make you shit your pants if you listen too loudly in headphones… just sayin’. It’s a nice little instrumental to round out the album and roll straight back to song #1 to do it all over again.

Overall, I really enjoyed discovering all that this album has to offer from Zeal and Ardor and have new songs added to my daily rotation!

During Gagneux’s interview with HEAVY he admitted that they “hadn’t gotten to the weird stuff yet”. All I can think is ‘holy shit, strap in folks!’.

So far the reaction to Zeal and Ardor has been really well received as they please fans across many genres. I’ll certainly be keeping an eye and ear on these fellas as they truly grow into their sound.