WHERE THE DEVIL: ‘Bury Your Demons’ 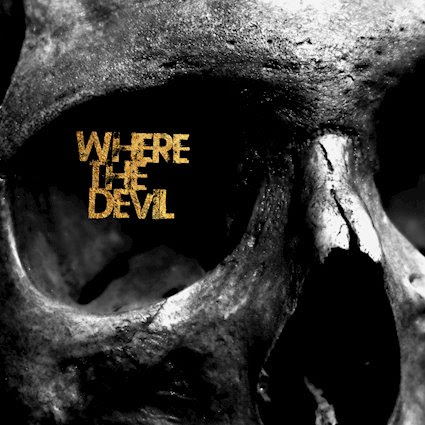 While the music loving public constantly craves new music from bands they enjoy, such releases also offer something for the musicians themselves.

Albums, EP’s and singles represent a snapshot in the timeline of any artist, offering not only a glimpse into their musical state of being at that moment but also a potential road map into where the band wants to sonically travel in the future.

Newcastle metal/groove/metalcore outfit Where The Devil have done just that, assembling their first six singles into a neat package under the title Bury Your Demons.

Although the band have recruited a couple of new members since these songs were written, they still provide an assessment of their heritage and early musical landscape and represent a new band at the core of their very existence.

Starting with a short voiceover on Moments Of Tangency, Rob Carstein’s drums soon kick into gear, laying the platform for a frenetic twin guitar assault that is the perfect segue to crushingly intense vocals from Ben Pennifold.

Where The Devil definitely channel the likes of Pantera in this track but do so with enough of their own flavour that inspiration is where the trend starts and finishes.

It is actually refreshing to hear an Australian band venturing down this path sonically, with even a slight comparison to Phil Anselmo a victory in the eyes of any metalhead worth their horns.

This song ebbs and flows from full frontal assault to regulated chaos, the occasional clean vocals serving to highlight moments of the song rather than detract.

Reaching splutters to life next, awash with electronics that sound like they could be video games, before Pennifold lets us know in no uncertain terms he is in the mood for slaying rather than playing.

His rapid pace vocals ramp up the intensity, with a well placed drum tempo change in the early stages accentuating the cause.

These songs seem to be running in a current of their own choosing instead of adhering to a set formula, which is one of the stand outs of Where The Devil’s music.

They have crafted an eclectic sound laced with subtle variations that transcend the normal formulaic approach taken by many bands in the modern age.

Misery sounds like a Steven King movie and opens in the same engaging manner, building momentum at a rapid pace before pulling back just as it threatens to unleash.

Clean vocals are employed more on this track, providing a fresh take on the sonic blast delivered thus far.
The song itself is a schizophrenic slab of metal, at times angry and others strangely content. I’m guessing this one would have been the most popular radio friendly track – although it is thankfully far from what the mainstream sheep choose to indulge in their playlist.

This song forms a life of its own, alternating between light and shade and pure darkness to deliver a surprisingly neatly wrapped number that showcases a number of Where The Devil’s musical psyche and influences in one sitting.

Descending Death restores the balance, given life by an almost comforting high hat intro that is soon driven underground by the sonic blast of Pennifold’s next battle with the microphone.

There is an urgency to this track that dictates it obviously has a strong message, but I’m fucked if I know what it is.

As much as I love these vocals, my ears are still not tuned well enough to decipher most of the lyrics, but the delivery pretty much tells you everything you need to know.

Original guitarist Ben Hosking is still with the band, and shreds harder than a cheese grater throughout, laying down riff after riff that demands vocal respect.

Beaten Down Broken Crown is a bit of a mouthful, but saunters in as another Pantera edged song that has been put through the Where The Devil school of hard knocks and basterdised with a uniquely Australian flavour.

It’s got me fucked how any of the band manages to keep up the pace some of these songs are coming out at, but it makes for engaging listening!

A drum lead breakdown three quarters of the way through adds a touch of menace to the number, creating a foreboding atmosphere that resonates long after the final note is struck in anger.

It is a drum driven track that again bounces between harsh and clean vocals, highlighting Where The Devil’s alternating approach to their craft. A well placed tempo change half way through threatens to turn things on their head before normalcy is restored and Where The Devil resume their one-sided battle.
It is a ferocious finale, leaving you in no uncertain terms as to the musical intent crafted by these Novocastrians.

With the band themselves admitting they are unsure what direction the next chapter of Where The Devil will take, one thing is blatantly obvious.

These guys have a more than solid platform from which to launch their next musical tirade and I, for one, have already booked front row seats.