WEDNESDAY 13 on Friday the 13th 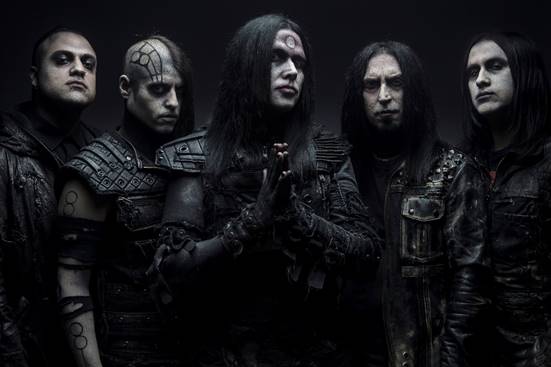 “It’s Friday the 13th” purred master of everything ghoulish and macabre Wednesday 13 when he answered the phone. “Are you safe? I’m like a leprechaun Friday 13 so it’s good luck that you are talking to me. You won’t get a pot of gold, you won’t get any wishes or money but I can protect you from axe-wielding people with hockey masks or sacks over their heads or their mothers so you’re safe now.”

Wednesday 13 returns to Australia later this month, bringing his full rock show after last year performing a more intimate show with a Q & A session and more laid-back approach.

“This is our first tour of the year,” he enthused.” We’ve been on vacation – I won’t say vacation because I’ve been working my ass off – so for some of the other guys it may have been a vacation (laughs). We toured up to the end of November last year and we had some time off to recharge and this will be the first tour of the year so you’re getting us fresh out of the mental institution and fresh out of the cage so it should be a fun, entertaining rock show. We have a lot of theatrics and fun things so you can leave your brain at the door and get lost in our world and our show.”

After releasing the highly acclaimed album Condolences last year, saying at the time that the punk rock vibe had left the building and turned into a full metal vibe – a claim reinforced by the overtly heavier nature of the album – Wednesday admits that while he has started work on his next body of work the nature of the music is far from settled.

“No,” he replied bluntly when asked if that metal vibe was continuing. “The rules always change. There were no rules for last time and there are no rules again. We’re still in the early stages of writing but there is a few songs that we have written. One sounds totally punk so I can say that punk has entered the building again (laughs), but how long it will stay and how many punk songs we’ll have, who knows? We’re just writing as much music as we can. We wanna write good songs. If it’s punk, if it’s heavy it doesn’t matter. At the end of Condolences, we were starting to write more punk sort of stuff but we had enough songs so who knows? I like to keep everything changing. I never want anyone to have me parked in a corner. No-one’s ever gonna figure me out and I dare them to try.”

In a candid discussion, Wednesday also speaks about his introduction to music and exactly where he fits in, the fine line between inspiration and imitation in music as well as the reasons why they will be bringing Davey Suicide along for the ride plus more in the attached audio. 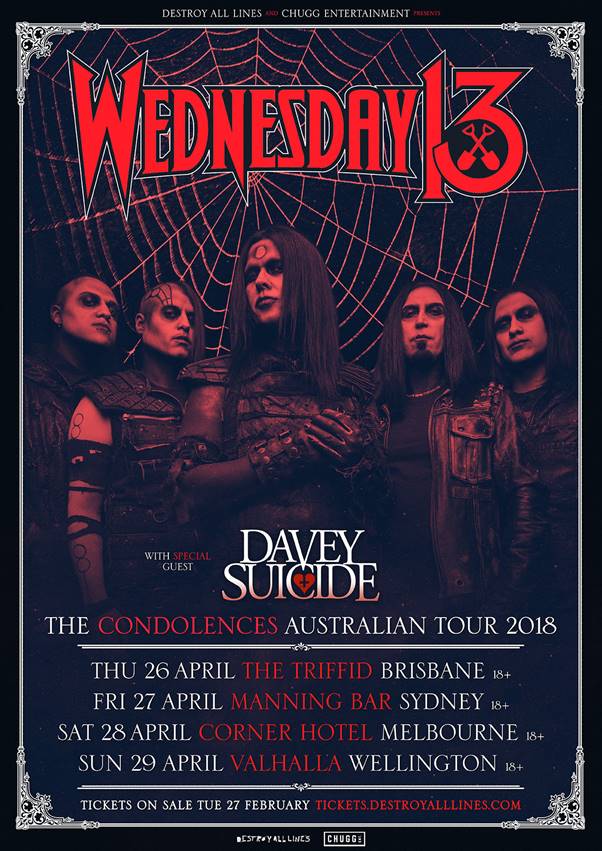 PrevPrevious.DIRECT UNDERGROUND FESTIVAL – The Bands, The Dates, The Places
Next.Shooting From the Hip with BULLETBOYSNext