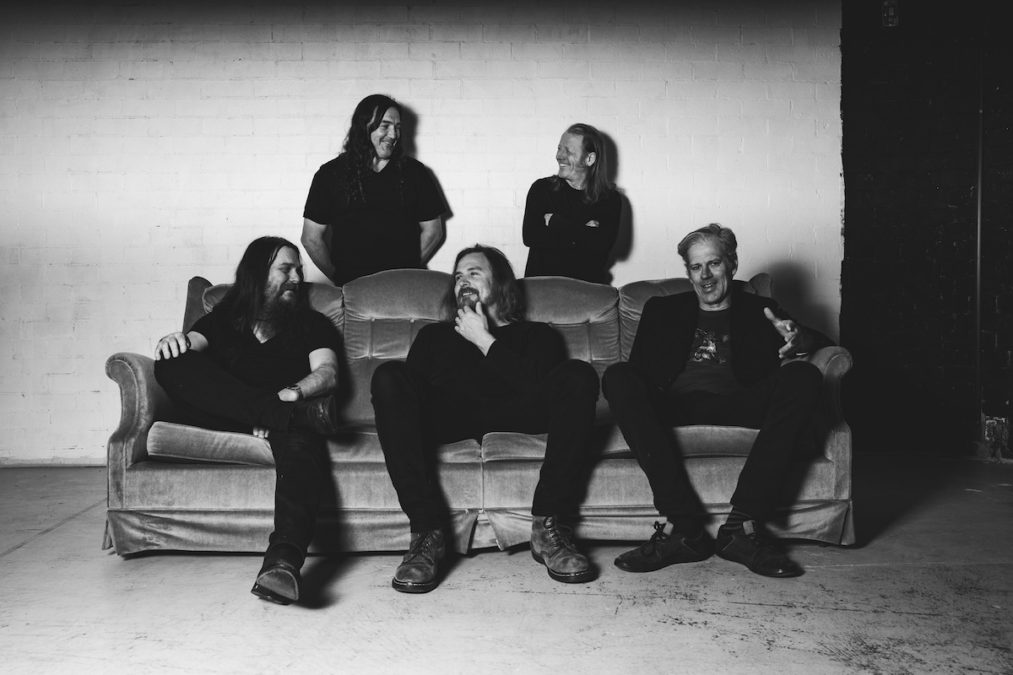 As Tumbleweed get set to approach their 30th anniversary in 2021, they return with a new single, ‘Shadowland‘ in 2020, the first new music from the band since 2013’s comeback album ‘Sounds From The Other Side’.

It was 2010 that saw the original five members of the group (Richie Lewis, Lenny Curley, Paul Hausmeister, Jay Curley and Steve O’Brien) reform for the first time in well over a decade to play a run of shows including Homebake and the Big Day Out. They followed up the live experience by getting back to the studio to write and record what would be Tumbleweed’s fifth album.

The album had followed a productive run in the nineties that included two ep’s (Theatre Of Gnomes & Weedseed) alongside the albums Tumbleweed and Galactaphonic before O’Brien and Hausmeister departed the band. Things continued on during the late nineties with the release of the albums Return To Earth and Mumbo Jumbo before the band faded out in 2000.

It was a chance meeting in 2009 between Hausmeister and Lewis that sparked the classic line up reformation and gave the band a new lease on life. Following on from the reformation tours and festivals as well as the release of Sounds From The Other Side, the band were back in full swing before the sudden passing of bass player Jay Curley in 2014 put things on hold once more.

There was uncertainty if the band would return to the stage or studio again but when they decided to get in the jam room with Jamie Cleaves on bass (who had grown up inspired by and was a long time friend of Jay’s), the time felt right to for Tumbleweed to once again return.

Following their own tours and a spot on the national touring festival Day On The Green, the band started writing a bunch of fresh tunes and were ready to get back in the studio. Enter Australian music legend Rob Younger, the frontman of Radio Birdman and The New Christs who also has a huge list of production credits from Died Pretty to The Stems and plenty of others in between.

A conversation between Richie and Steve in early 2020 led to them asking Younger if he’d be interested in producing their new music.
“I was always a big fan of Rob Younger’s work as a singer and as a producer and always wanted to work with him, when we had the idea to record a string of 45’s, we really wanted Rob to produce, considering he was responsible for producing most of our favourite Australian singles. We live in the same town, we have shared band members and crossed paths for the past 25 years but we have never worked together.” states Richie.

Rob was into the idea and before long they were in the studio, the first taste of those sessions is the new single ‘Shadowland’. “We surrendered to the process, we listened to his guidance, we learned a lot. We’ve all got a lot of respect for Rob Younger, we wanted to impress him, he brought the best out in us,” Richie says of the experience working with Rob.

A classic sounding Tumbleweed song that has been refined by Rob’s production, it also pushes Richie’s vocals to territories previously not really explored and questions the strange times we live in. “Shadowland is about the uncertainty of the future, these are strange times, dangerous and divisive times. When the truth is not believed, there is little you can trust or count on,” is how Richie describes the content behind the new single.

Tumbleweed’s new single ‘Shadowland’ is out now via Farmer & The Owl/BMG.
Listen here.

The single will feature as a double A side 7” with the next single Rebellion out November 27th.