TOTALLY UNICORN Promise To Keep Your Spirits Up 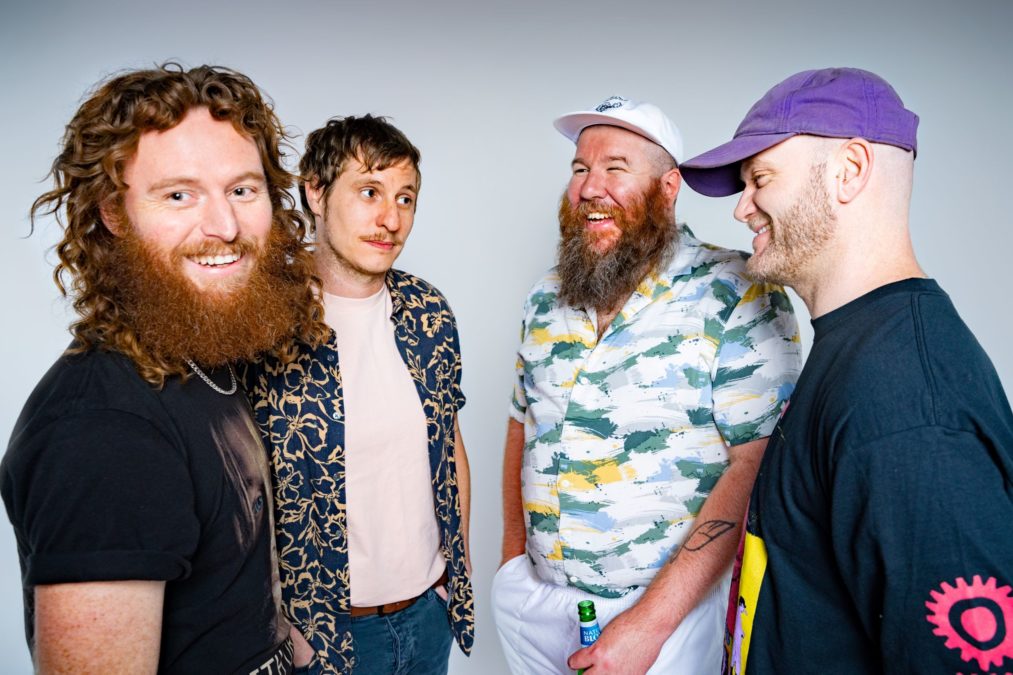 “I’m such a procrastinator when it comes to lyrics and stuff, always leave them to the last minute”

Wollongong punk/metal rock darlings Totally Unicorn are the anthesis of whatever image should come to your mind based on the band name alone.

Except maybe for the warm, fuzzy feeling they leave imprinted on your subconscious with every listen to one of their tunes.

For over a decade the band has been churning out anthems to kick the neighbours cat to (not that we condone that sort of behaviour), building a fearsome reputation for their energetic and unpredictable stage shows that truly have to be seen first hand to be appreciated.

With the release of their third album High Sprits//Low Life creeping ever so closer to its release date of February 18, and a string of singles that only make the wait harder – including a banger featuring Jason Whalley from Frenzal Rhomb – Totally Unicorn are set to emerge from the troubles of the last two years and continue their path to salvation.

Frontman Drew Gardner sat down with HEAVY this week to talk about the upcoming album.

“It’s definitely different,” he surmised. “I guess we were… not conscious, but wanted to go on a slightly different direction to what we were. A bit more straight forward and with the addition of our new bass player Dean he brought a whole new dynamic to the band, especially with the writing. He was a huge part in that. And also, with the current state of the world in the last two years, we had a lot of time. We had a lot of time to write, and rewrite, and keep doing it until we thought  yep, this is the song, whereas previously it was always such as mad rush to get everything sorted for the album because we had dates locked in, and we had to have it by then and there.”

In the full interview, Drew talks us through the album in more detail, the songs released so far, having Jay on the song and how it came about, their upcoming tour to support the album, their musical expansion with each release and more.