THORNHILL Dive Into The Dark Pool 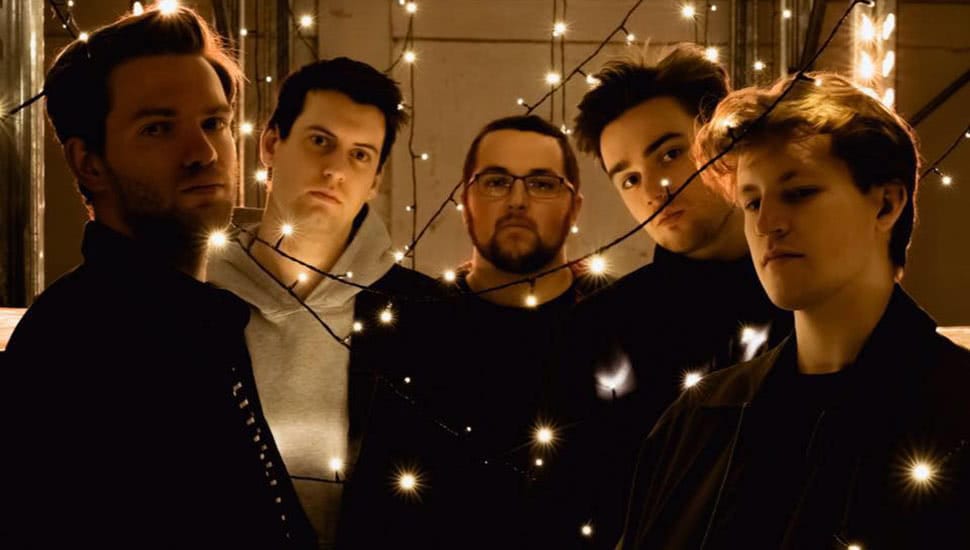 One of the fastest rising bands in Australia at the moment are Thornhill.The band have played live alongside heavy-hitters like Northlane, Parkway Drive and Make Them Suffer while their Butterfly EP attracted even more attention from both the press and fans alike.

Now the band who have made themselves a staple in the Australia heavy scene are about to drop their heavily anticipated debut album – The Dark Pool. When HEAVY Mag managed to catch up with Thornhill’s led vocalist Jacob Charlton he was more than aware of the buzz surrounding the forthcoming release.

“Honestly it is pretty sick,” says Charlton with a laugh when I ask him what it is like to be a member of Thornhill at the moment. “We are very stoked at where we are at the moment. Everything is so different and new that we are doing, but we are very stoked for the future. You know writing your first record I don’t think there will ever be anything like it again and it is just good to savour the moment before it is out.”

With everything recorded and locked away the last couple of months have been torturous for the band as they await the moment when the album can finally be released to all their patient fans. “Waiting is the worst part,” he says with a very big laugh. “It is certainly the worst part because we are pretty happy, I’d say we are pretty happy with the record. I think so members are happier than others, as the writing group you hear things that you could’ve changed or things that you wanted to change or things that you could have done better. Then you listen to it and you are like ‘oh it’s not exactly what I wanted but you know it’s alright.’ It is a mix of feelings but we are very excited to put it out. We are stoked with what it is but it is definitely a mix of emotions.”

The title of the album – The Dark Pool – is intriguing in itself and I ask Charlton what kinds of things were inspiring the band when they sat down to write the album. “I definitely wanted things to be a bit more interesting with the lyrics,” he explains. “Butterfly was Butterfly and I think we were wondering how do we make a record that is enough of Butterfly but good enough to go onto another album without feeling too contained. It was just very interesting to start thinking ‘well what does Thornhill want to sound like for this record, what is enough of Butterfly to fit in?’”

“Lyrically I wanted to put more of myself into it,” he explains. “When we were touring with Make Them Suffer I found myself listening to their lyrics and thinking ‘dude, this guy is insane I am sub-par in terms of writing.’ So I had to really think and I realised that I had to put real effort into this and I wanted all of the titles to be exactly what they needed to be, I wanted it to be interesting, I wanted it to be different… I wanted longer titles rather than just one word. It was definitely an interesting process. I know Ethan and myself sat there thinking ‘oh I don’t know what this is going to be so we will just have to write the words and see if we are happy with it when it comes out.’”

With so much more of a conscious choice to try and improve things lyrically I just had to ask Charlton whether or not that changed the lyric writing process at all. “A lot of the time things came to me the same way they had always came to me,” he answers. “I would be sitting here or I would hear something and I would be like ‘wow that’s cool.’ I think though it made me so that I didn’t want to settle. If I was like ‘oh that will be okay’ I would be like ‘nope you have to change it until you are there.’ I know we actually had a different name for the title and ‘The Dark Pool’ is actually one of the songs so when we called the album The Dark Pool I was like ‘well now I don’t know what the song is going to be called.’ And it took me about four or five months to come up with a name for the song that felt right… actually i reckon that was the hardest part.”

To wrap up Charlton says there is only one way to listen to The Dark Pool. “Sit down and listen to track-by-track because I think you get the best vibe out of it that way and it all tells a story. But just enjoy it!!!’

The Dark Pool is out through UNFD on October 25th.