The WOLVES IN THE THRONE ROOM Cometh 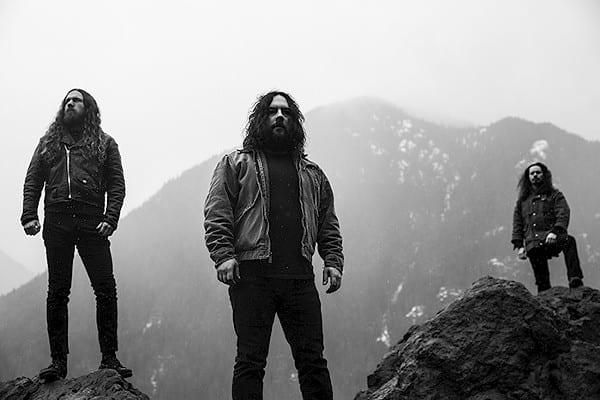 The last couple of years have proven to be a torturous time for Australian fans of American black metal outfit Wolves In The Throne Room. After a false start with an Australian tour being cancelled due to matters out of the band’s hands their fans then watched as the amazing reviews came in for their overseas shows with Behemoth and At The Gates.

Now as the band wait for their brand new album to come out early next year and while they are gearing up to tour with Amphoris and Dimmu Borgir, it what promises to be one of the tours of 2020, the band is making a sojourn to Australia to finally get another chance to play in front of their faithful fans.

“We’re pretty fucking stoked,” says Aaron Weaver when HEAVY Mag manages to get a chance to sit down and talk to him about the forthcoming Australian tour. “God, I think it was two years ago and the tour got cancelled for a variety of reasons. We were extremely disappointed and I know that we copped a lot of grief from the Australian fans who were super bummed out and because it had been years since we had been able to make it down. But at the same time they were pretty understanding at the situation, I think the situation was that the promoter was having some problems and it was proven that he was a dishonourable fellow so it was decided that it wasn’t the right time for us to come down, so I am just so grateful that the people in Australia and New Zealand have been so patient and that now is the right time and we just fucking chomping at the bit.”

The discussion goes on and we talk about just how heartbreaking it is when bands have to tell their fans that a tour is cancelled. “It is the worst,” he says with true emotion in his voice. “You know playing live is the greatest thing that we do and I just know that we have so many awesome fans in Australia and it is such a bummer for us when we have to let people down but you know at least this tour is coming together really well and we are super stoked about being able to switch to live performance mode because we have been going really hard in the studio for the last six months or so working on the new record, so this will be the first time for us getting back to live performance since the run with Behemoth.”

Of course with it now being two years since the release of their last album – Thrice Woven – I was only too excited to get a chance to talk about the album that we have all been so eagerly waiting for. “It has been coming along really good, man,” says Weaver before taking a deep breath. “Musicians have these two sides always, there is the side that everybody sees where we perform on stage and we do our live rituals. Then there is our studio side, a side that is so different because it is just us locked in a room together for months and months at a time completely obsessed with this one piece of art that we are working on and it is really claustrophobic and really bizarre – it can be really mind warping. I know that I have lost my mind a few times working on records.”

“This one has been going really though, but they are all different because every record feels like a snapshot out of time, where we are in our lives… where the band is,” he continues. “And this one is unique you know. It feels just like all the other ones… totally different. I think that maybe we are having a better time making this record. I remember when we were making Thrice Woven which was so fucking hard. We were doing it during this cold, dark winter and it was also just me and Nathan working on it because at that point Cody hadn’t officially joined the band and so Nathan and I were just at each other throats… you know two brothers working on an album together for a year and you can just go fucking batty. So with this new record it is the first time that Cody has been in there since the beginning, helping with every riff, helping with every decision about the arrangements, the guitar tones and everything… I think that is the ingredient that is making the process feel like a fresh burst of energy. It feels really good and the music is sounding amazing.”

Check out the tour dates below for the Wolves In The Throne Room tour. Their new album will be out 3rd Apri 2020. 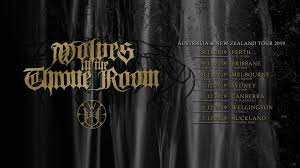