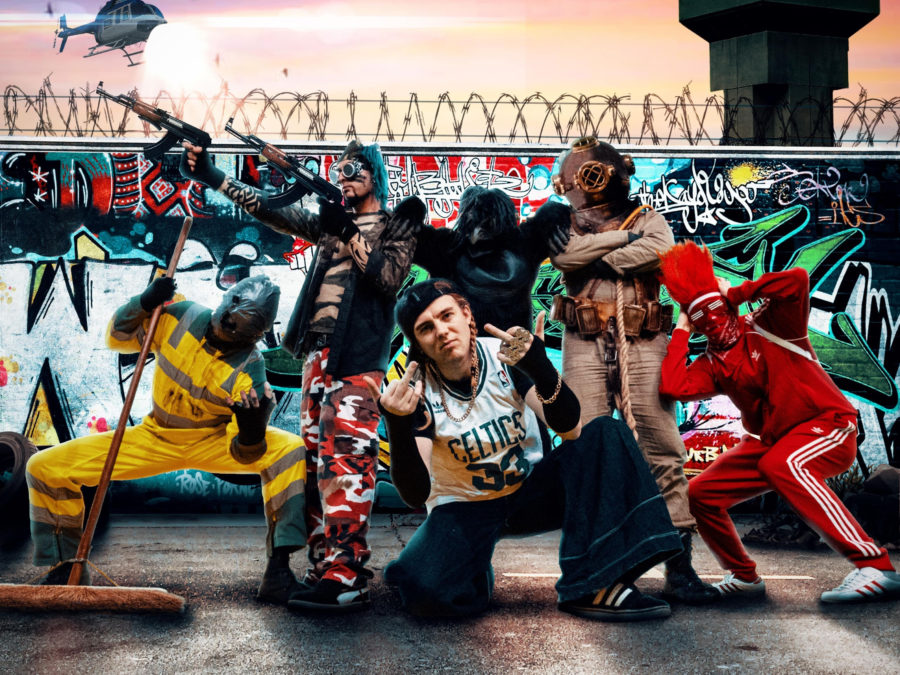 Just over twelve months ago, HEAVY sent the internet into meltdown with our exclusive interview with Nu kids on the block, The Violent Inzident.

Many bold and brash statements were made in that 15 minutes of infamy, but, alas, a combination of a pandemic and nature conspired against the band who were sent retreating to different parts of the globe in an attempt to salvage and rekindle the flame that had begun to burn without reproach.

It has taken us 12 months, but HEAVY once again tracked down The Violent Inzident, practically cornering them and coercing them into submission to pick up the tale of world domination that seems so rightfully theirs.

Recently, the band launched their global assault with their debut single Nu-Metal, a song that takes aim at practically everyone. It finally solidified every claim made from the band in that first interview, and with their second single Triggered set to drop on December 1 we feel now is the right time to re-acquaint you all with The Violent Inzident.

For those who came in late, The Violent Inzident – Adidasshole, General Jerkhov, MonkeyBird, BinMan, C-Man, and Tiny D – are everything the world needs right now.

With lashings of humour and musical precision that almost gives rebirth to the Nu-Metal genre, these six names might not be on everyone’s lips right now, but if they have their way they will soon be the role models and inspiration for generations of music lovers to come.

Lovers of metal everywhere, please sit back and enjoy our WORLD EXCLUSIVE FIRST EVER VIDEO INTERVIEW with the band even your grandmothers warned you about… THE VIOLENT INZIDENT!!!