THE SCREAMING JETS Go Back To Where It All Began 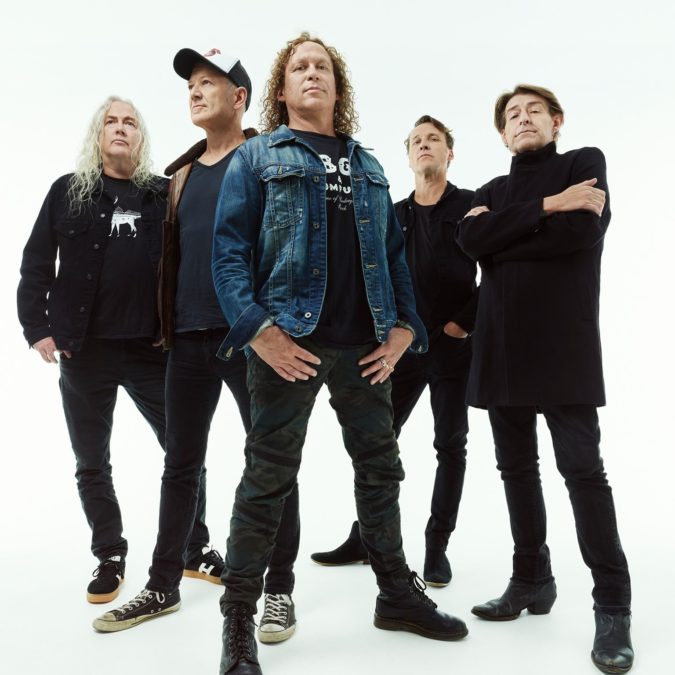 The Screaming Jets are quite possibly the finest rock band ever to come out of Australia.

Led by enigmatic frontman Dave Gleeson, The Screaming Jets have been a mainstay on the Australian scene for over three decades, with the band’s debut album All For One this year celebrating its 30th anniversary.

That album produced enduring singles “Better”, “Shine On” and “Stop The World”, as well as the brilliant but contentious “F.R.C” with the first three songs still being played on high rotation across the country.

Rather than merely take to the road and attempt to breathe life into their old classics as almost an afterthought, The Screaming Jets have decided to reboot the original, re-recording the whole album with the current band members and paying homage to a collection of songs that launched their career.

Vocalist Dave Gleeson sat down with HEAVY to talk about the rebooted album and pretty much anything else he felt like talking about over our half-hour together.

“It’s a nice milestone to reach,” Gleeson smiled. “Obviously when you’re 23 or whatever you don’t think 30 years from now we’ll be redoing this album but it’s nice to have made it.”

Each of the four members were barely out of their teens when the original album was recorded, with Gleeson admitting this time around the process was more streamlined and organized.

“You think more about stuff now obviously (laughs). Back then we were kind of… while we were recording it – I think it took us 11 days to record at Paradise Studios just below Kings Cross – and we were recording and then we were going out to play gigs and doing all kinds of stuff so it kind of all came about while we were doing other stuff really, but this time we made a much more concerted effort to put in the time and energy.”

Rock music was an entirely different beast back in the 1990s, with most bands living much more for the moment rather than the future.

The rock lifestyle was exploited to excess and longevity was measured more in terms of party conquests, but even in an age of spontaneity The Screaming Jets and All For One made an immediate impact.

“There was definitely a huge vibe on at the time,” Gleeson recalled. “You kind of reminisce about this stuff but at the time we were involved in a huge bidding war between Mushroom and Roo Art Records which sadly Roo Art won (laughs) but they came along with an offer… our first record deal with RooArt Records was a seven-album deal. The first album we got we had an $80,000 advance for recording and then it went up and up until on paper it said for our seventh album they would give us a million dollars advance or 75% of receipts of the previous album sales and we just thought how goods this? Seven years from now when we’re doing our seventh album we’ll get a million bucks and obviously, we never got to our seventh album with Roo Art but it looked good on paper.”

In the full interview, Dave goes further into the story of signing with Roo Art Records, countless other stories from when the band was in its early stages, the early success of All For One and how it impacted The Screaming Jets, being kicked off stage when playing with the Divinyls, falling back in love with songs recorded three decades ago, their failure to gain a strong foothold musically overseas, the subtle changes on the rebooted version and why and how they were tweaked, bringing a more blues-based guitar sound to some of the songs, the band’s upcoming tour celebrating 30 years of All For One and more.