The Rebirth Of ACOLYTE 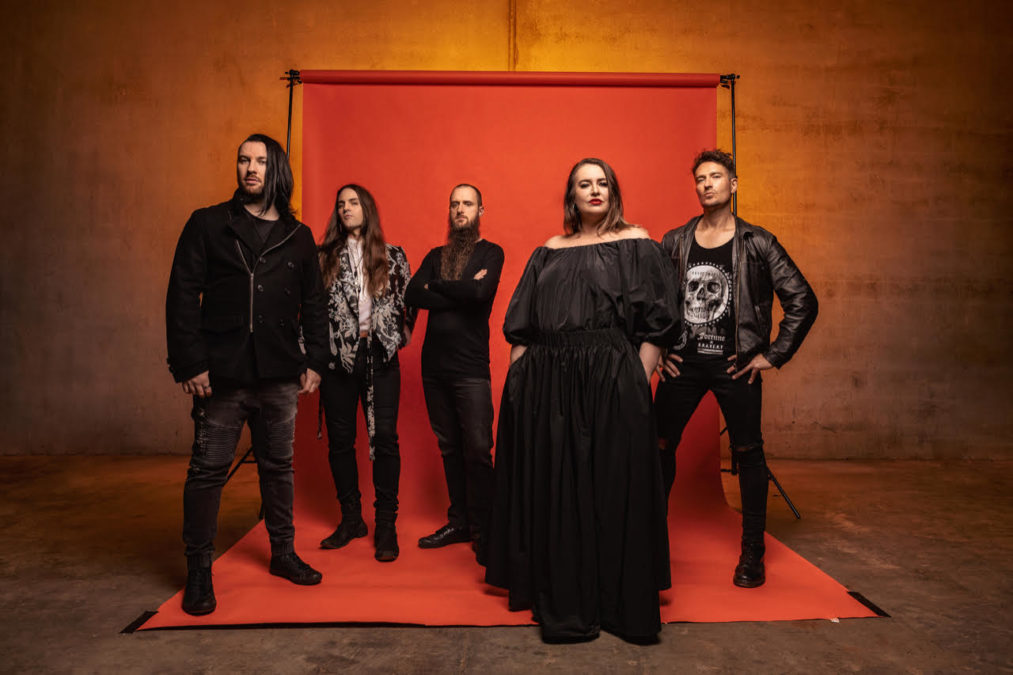 Acolyte are a band who are still developing into their craft.

Not that this is a bad thing, especially when they are creating such beautiful and poignant music while still searching for their musical identity.

With their second album Entropy the band have managed to create an album of epic proportions, bringing an almost cinematic landscape to metal music in a way seldom heard before.

Described as ‘a confrontationally dark, raw, emotional, conceptual body of work, containing career-defining performances from all members that is both crushingly cinematic and timeless in character’, Entropy is scary in the fact it was created by a band on only their second album.

Vocalist Morgan – Leigh Brown sat down with HEAVY to talk about Entropy and the many layers that have gone into its creation.

“Its definitely the most ambitious thing we have really ever taken on,” Brown acknowledged. “Any of us. We’ve basically taken it on like it’s a big classical arrangement so all of the songs actually flow together so it took time to arrange that. We also hired a lot of classical performers for this in different parts to make sure that we were saying what we wanted to say melodically. We’ve got clarinet players, we’ve got pretty much everything that you could possibly get on one record and it took a long time to do. We’re really happy to get it out now.”

I mention the fact that the album was an ambitious undertaking for a band so early in their career, with Brown deferring to the quality of the musicians around her in making her vision become reality.

“The really cool thing about this band is its a bunch of brothers, as far as we’re all really good mates,” she shrugged. “We’ve been around the industry in different ways for a really long time doing different things, for example, Dave (Van Pelt) is a synth mastermind. He collects old synths and things like that so he basically has a synth studio himself. He is admired for different projects and plays on a lot of different albums all over the world. I’ve got Chris (Cameron) who has done his masters in drums with an ambidextrous claim so he actually plays two kits at once… there’s just a lot of things that we visit by ourselves I guess on this record but bringing those things together cohesively in this new environment was important and to mainly stay true to what we wanted to say across the entire record was also important. We wanted to do the best we could.”

In the full interview, Morgan goes into greater detail about the musical composition on Entropy, the title single and its 11 minute plus running time, the conceptual elements of the album, making it flow cohesively by adopting a fresh approach, writing personal songs yet still being able to make them accessible to a wide audience, the rebirth of sorts of Acolyte and more.