THE BLUE PRISON: The Blue Prison 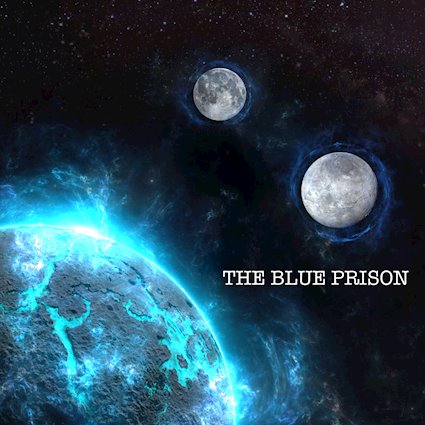 A quick sample section welcomes the opening track Beacon which quickly kicks into some massive chugs and sporadic guitar twangs, then it ends!

Alchmeist kicks off with some noodling riffage and serious double kick before breaking into a Djent style riff and then a quick solo. What I’m trying to figure out here, though, is how a two-piece band manages drums, two guitars and samples? Do they run with permanent accompanying backing tracks when trying to attempt this live? Will they even play this stuff live?

A few more samples bring us into the racing riffage of Shadows which again raises the questions about layered guitar parts and the requirement of additional musicians or backing tracks in the live arena? Which-ever way they go, this is a shredtastic little number which would take some serious concentration and precise integration to perform.

Artemis confirms a definite requirement for accompanying backing tracks with another programmed intro. This track is pretty much just one massive guitar solo, with drumbeats and programmed bass hits filling the gaps between mindless noodling. Holy shit, this dude can play some killer guitar!

Ok, we’ve made it to that point, and I’m going to just rest on “two dudes playing some fully sick riffs”. And Kaleidoscope displays some fully sick, very talented, extremely complex riffs, and brilliant musical compositions. I guess this is what classical music would have sounded like if Bach and Beethoven had access to electric guitars, effects pedals, digital processors, and midi controllers.

An electronic track, River introduces us to a more laid-back drum and keys composition which sits a bit strangely between the chaos and confusion of the previous displays of fully sick riffs.