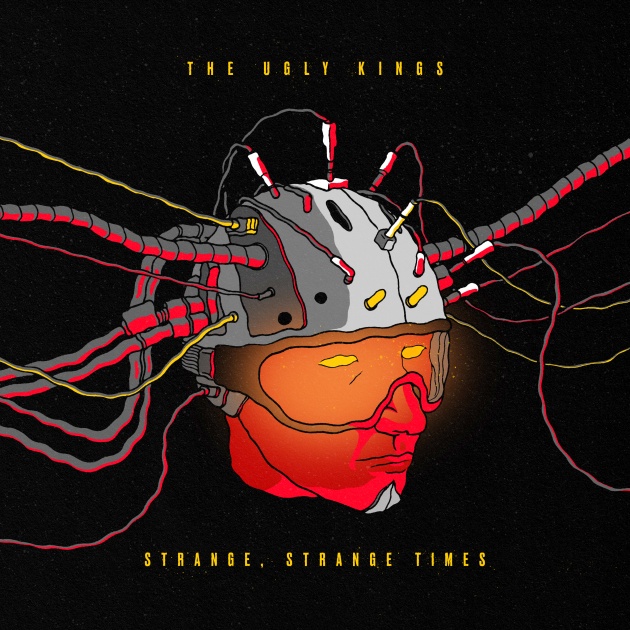 It has to be said, that no matter where you are from, these past 18 months have indeed been strange times. And if you happen to hail from Melbourne, you would have every right to double down and claim it to be strange, strange times.

Fortunately for us, The Ugly Kings do reside in Melbourne, and they have fashioned the absurdity and frustration of the day into 10 brand-new songs of hard rocking power blues.

The opener and title track announces itself, all snare and urgent riffage before vocalist Russell Clark summons the kind of scream you only hear after winning $50 on a scratchie before finding a $75 parking fine under the windscreen wiper.

It is a frantic 60-second introduction that gives way to a stuttering, stop start tempo that leads into a chorus with the kind of ethereal backing vocals that are guaranteed to soundtrack your next fever dream.

Technodrone then decides to get its Danzig on before Do You Feel Like You’re Paranoid? delivers another satisfyingly off kilter riff supported perfectly by drums that forge their own path rather than just playing a supporting role. After another killer chorus we’re off to see what’s In The Shadows, a song that moves the album along brilliantly, getting the mix of vocal and lyrical menace just right.

Song five, Last Man Alive, signifies the halfway mark and treads a similar path to the previous songs, no bad thing when the songs are of this calibre, but it’s not until Lawman that we see something a little different from the band.

Stark guitar accompanied by mournful vocals singing of murder, lost love and guilt (not necessarily in that order) delivered in the most apt of Nick Cave ways.

Electric Lady (My Kryptonite) is the album’s shortest track and revisits the template of the album’s earlier songs, which thankfully means another cracking chorus.

The Devil Comes With A Smile wanders into White Stripes territory and more than holds its own before Mr.Hyde distils some metal into the madness. And by doing so has automatically nominated itself for a spot on any future Garage Days Re-Re-Visited compilations.

Closing out the album is Another Fucking Day. An ode for the hopeless and first cousin (sonically) to Lawman as the sparse guitar is cradled perfectly by crooning vocals. It is a striking combination that is only improved as the rest of the band join in and carry the song forward, on toward the finishing line as a surprisingly positive message comes to light
with the refrain ‘You don’t have to fade away’.

And, thankfully, with an album of this quality, I doubt The Ugly Kings will be fading away anytime soon either.

This is the kind of album that evolves after each listen. Sure, there may not be an out and out killer on this album, but there is absolutely no filler. You’ll see what I mean when you find yourself absent mindedly tapping the steering wheel or annoying the other captives in an elevator as you hum a line from one of the many great choruses on offer here.

The Ugly Kings have delivered a very good album, it deserves to be heard and…..if they are ever let out of Melbourne they’ll deserve to be seen too.

PrevPrevious.Staring Down The Dark With THE ASCENDED
Next.THE SILENCIO Drop New Music VideoNext