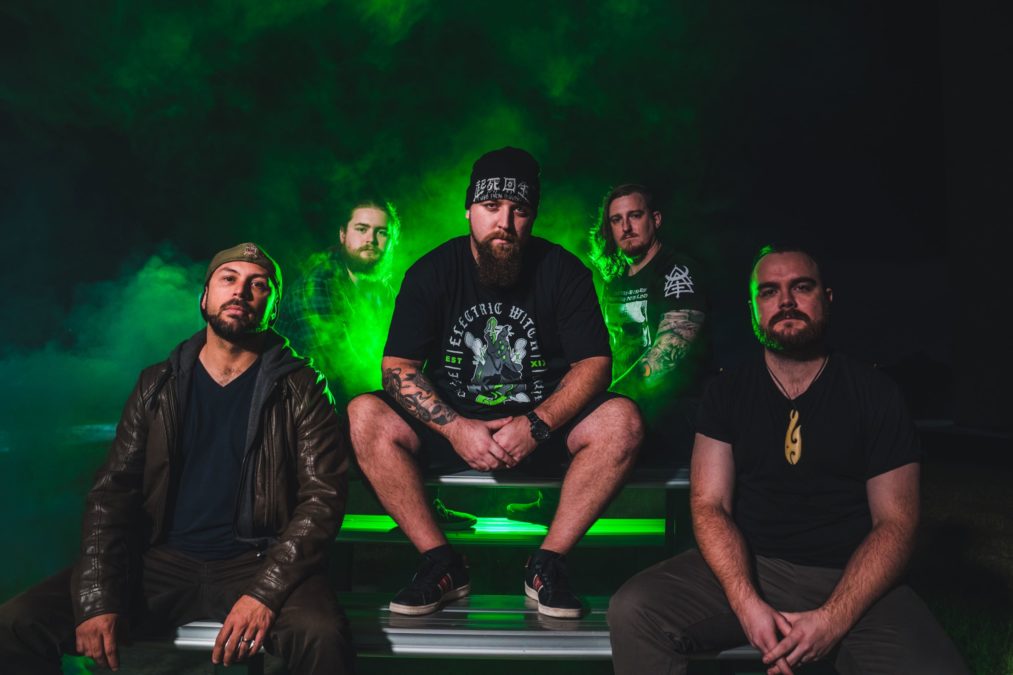 Brisbane metal outfit Void Matter have so far taken more of a patient, meticulous path into the inner sanctums of the local metal scene.

For the past couple of years they have gone quietly about their business, touring steadily and releasing a string of singles that each showed more promise than the last.

In what has become an increasingly saturated local market, Void Matter have been content to build a groundswell as opposed to kicking down the trenches, with the result being a measured rise through the ranks while others around them have ebbed and flowed at an inconsistent rate.

That patience looks to be bearing fruit, with Void Matter recently releasing arguably their strongest and heaviest song to date in Wildfire with a string of dates on the live calendar set to reinforce their growing stature.

“Wildfire started a bit different than some of the other stuff that we’ve recorded,” Thompson explained. “It started out when I was trying to show the boys this breakdown and It was a case of I can’t just send them these eight bars, I will write this riff to put in front of it and make it a bit more than just a thing I wanted to show…”

“It was filler, it was definitely filler,” Stowe interjected, laughing.

“Then they didn’t like the thing I wanted to show them and they liked the filler so I just said right, let’s roll with that,” Thompson continued. “It had all this raw energy and was really fast and we could tell it was going to get some people moving. So we wrote the song based around that. We really wanted to get some crowd movement and stuff like that, give the people something to bang their heads to.”

Wildfire is one monstrous slab of heaviness, which begs the question, how long have the boys been sitting on it?

“It hasn’t been that long,” Thompson replied. “I think we started that song this year.”

“We’ve just got a lot of other songs that are in the backlog,” Stowe picked up. “It feels like a long time that we’ve been sitting on songs. Time’s flying with the way the world is these days.”

“We realised it had been about a year since we put out Everything and Nothing,” Thompson continued, “and we thought of the stuff we’ve got, what’s the strongest one, and I think this one was definitely the strongest. We wanted to start playing it live for the exact reason that I said before – so we could see some people on the floor.”

“It will get the room moving, that’s for sure,” Stowe finished.

In the full interview, the boys talk about their heavier direction and if it was planned, the film clip and how it came together, future music, upcoming tour plans and more.