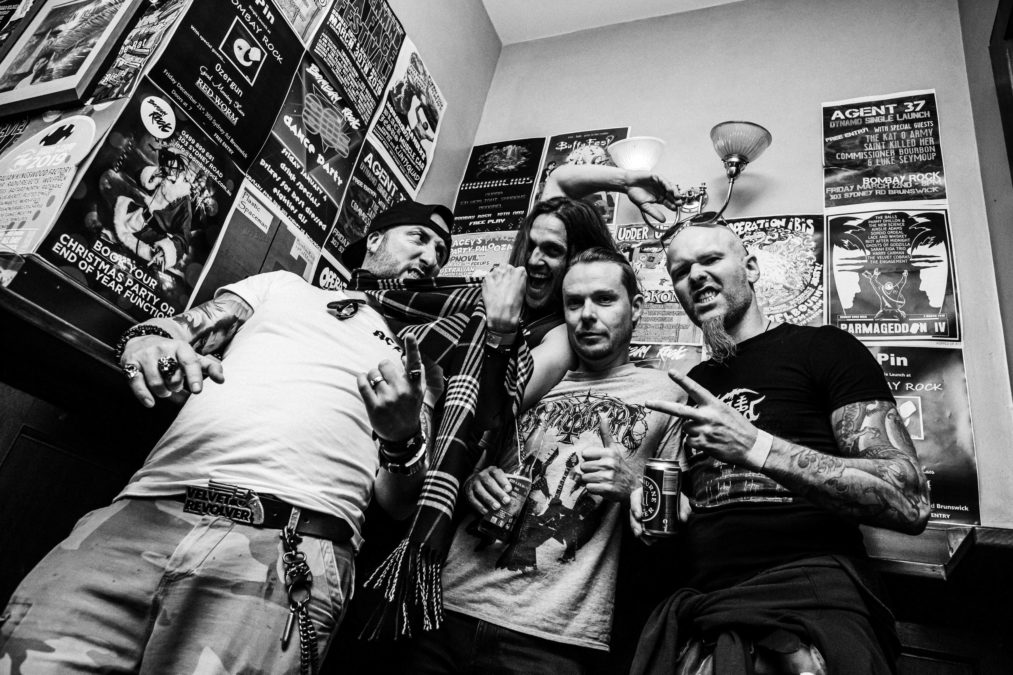 After releasing a succession of hard-hitting singles, Shotgun Mistress became the first Australian act signed to Golden Robots metal arm Crusader Records, solidifying their growing reputation earnt on the back of quality output.

Vocalist Glenn Patrick sat down with HEAVY earlier this week to discuss the new album.

“It’s been a long time coming, that’s for sure,” he smiled.” It’s been two years we’ve had it sitting ready to go, so it’s just been a matter of stars aligning and current climates and trying to align things like tours in line with it and obviously having the label being ready to release something. It’s been a lot of trial and error over the past two years, but we’re super happy with it. Its 13 tracks of balls to the wall tracks. Even the ballads are pretty heavy when it comes to it sonically. All up were just totally pumped that it’s finally out.”

Being the first slab of music Shotgun Mistress has released to the public, Patrick agrees that it was essential the band chose the right songs from which to launch their assault.

“It comes down to the song choice for the album,” he said. “We’re pretty on point with what we want on there. It all starts, Matt goes away and writes guitar, Ben will help with riffs and stuff as well and they will come to us with a whole recorded demo of just guitars, and then I will join in with melodies and vocals. Literally we did that until we had 13 songs, and then we recorded them all, so it wasn’t like a choice. As far as universal appeal is concerned I think it’s more to the point we write the songs and instead of giving them personal meanings we like people to have that relation to what they like and what they associate it with for something going on in their life rather than have us tell them what is about.”

In the full interview, Glenn talks about the goals going into the album, diversity within the band, the thought process based around Covid, entering the music world during the pandemic, signing to Crusader Records and more.