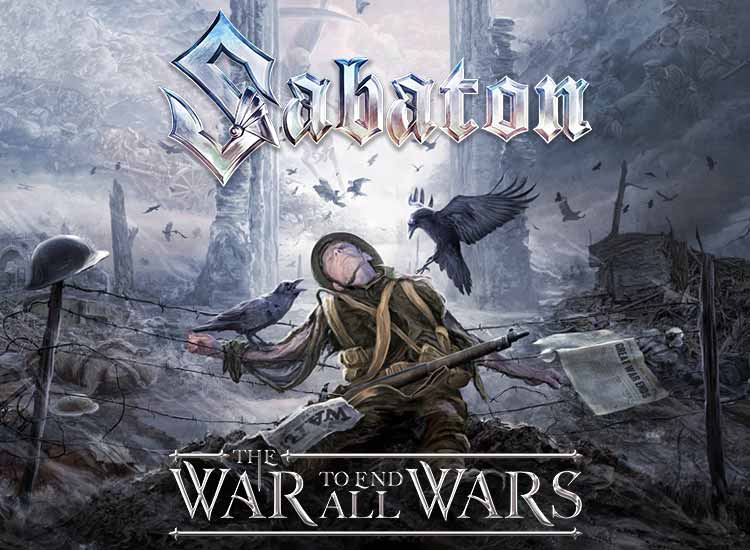 Since their inception in late 1999 Swedish heavy outfit Sabaton have focused their music primarily on war and the atrocities, heartfelt moments and times of honour made possible by such events.

They have taken their musical battles around the world, often mesmerizing audiences with their depiction of battle and their heartfelt response to it.

After the success of their last album The Great War (2019) – which centred around World War 1 -, Sabaton return on March 4 with the follow-up The War To End All Wars which again focusses on that period of time, but this time on some of the lesser known tales of bravery and sacrifice.

Vocalist Joakim Broden caught up with HEAVY recently to chat about the album and what Sabaton have been up to over the last two years.

“We were a bit lucky with it actually,” he said when asked about the upcoming 10th album from Sabaton. “As you said it’s our 10th album and we forgot so there was no pressure on that (laughs). It all sort of got lost in this whole pandemic bullshit, so we were just writing music. We didn’t know what was gonna happen and it turns out we were writing more and more music because we had more and more time. We’re a band that’s used to doing over 100 concerts a year and now we’re doing almost none, so we ended up in a situation where we had a lot of music and enough for an album written and then also extra singles and other songs on top of that.”

Writing about war holds it’s own positives and negatives, with the entire story surrounding each war different in size and scope, yet all having the same outcome – absolute horror and triumph over adversity. To narrow all of that down into 11 tracks on an album is something that faces problems of its own.

“Yeah, that’s impossible,” Broden laughed. “For every track or story, we choose to tell we have to abandon 15 good ones, you know. It’s tricky. This is the second album we do about WW1. The previous one was called The Great War and that featured some of the more well-known stories, I would say. You have the Red Baron there and a lot of the big events were already taken, so it felt better on this one because we could dive into those stories that we felt like we wanted to tell on the previous album. But still, we got two albums now about WW1 plus some songs in the past but it still feels like if we wanted to, we could make another 20 albums for the rest of our lives.”

In the full interview, Joakim talks about how much research goes into the events depicted in the band’s music, how The War To End All Wars follows on from The Great War, the band’s stunningly visual film clips and the preparation that goes into them, what it is about war that intrigues him personally, the extra activities taken on by the band and the extra workload it creates, their upcoming tour and more.

PrevPrevious.The Upturn Of Society With DOWNFALL OF HUMANITY
Next.BORN A NEW Weed Out The Rubbish On New TrackNext