Rocking Down The River With CHECAINE 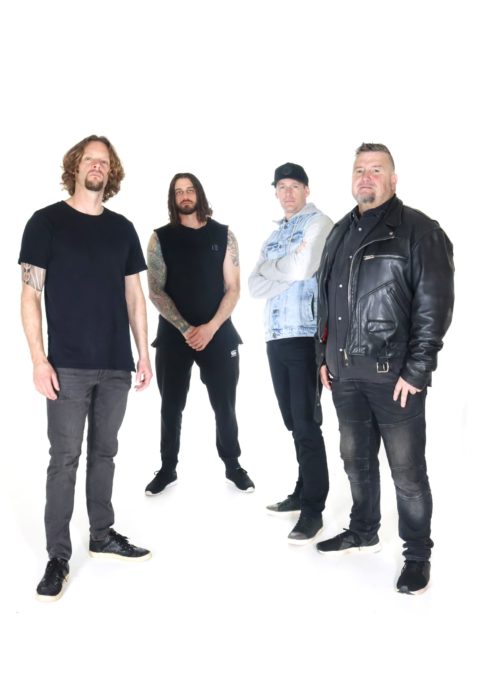 “It was spawned from a pretty uncertain time, to be fair.“

Hamilton hard rock outfit Checaine are on the cusp of releasing their latest EP, a wickedly rocking collection of tracks under the name of Black River.

Written and recording during the recent world events that inspired more a sense of foreboding than hope, Black River is both an indictment and a spit in the face of the current turmoil faced the world over and is a hopeful reminder that despite the apparent desolation, there is always room for hope.

With the title track released any moment now and Checaine preparing to take their music to the people of New Zealand, vocalist Fraser Coombes joined HEAVY to run us through the band’s new music.

“Probably like a lot of bands, this was written during the original lockdown of 2020,” he explained. “Its just taken a while to get it all polished and produced to this releasing stage. It was spawned from a pretty uncertain time, to be fair. A bit of rock angst edge coming through.”

With extra time on their hands because of the pandemic, Checaine allowed themselves greater scope for change during the writing and recording process, eventually leading them into previously unchartered musical territory.

“We ended up tuning a little bit lower,” he smiled of the sound of the EP, “so this EP is tuned down to C, which is certainly more of a serious, heavier album for the guys with a lot of politically inspired lyrics, in particular this track Black River. It’s a reference to COVID-19 effectively being that Black River and using that metaphor in our uncertain times.”

In the full interview, Fraser talks more about the EP, the band’s musical journey and how it has altered their approach to music, the recording process and how it was affected, recording an album without rad testing any of the songs first, their upcoming tour and more.