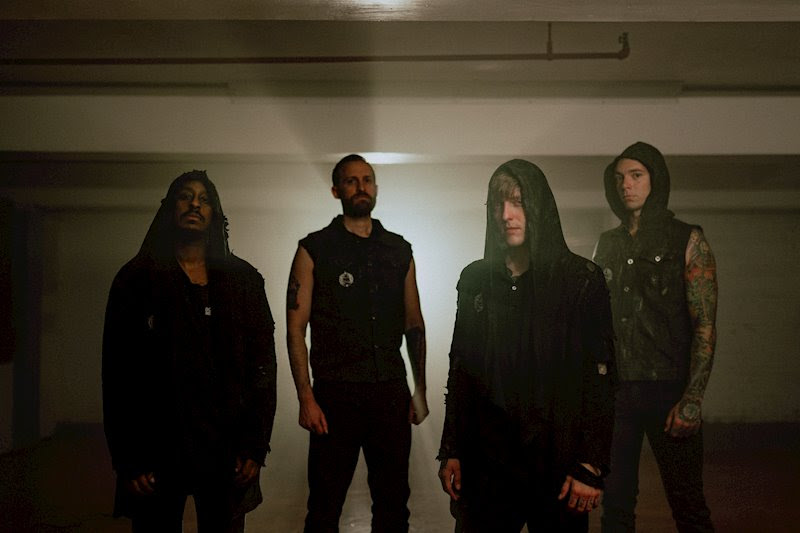 “It’s also the most diverse, melodic and all over the place record we’ve done. It’s any extreme of any adjective you wanna throw at it.”

Enterprise Earth are one of the most recognizable death metal bands of the modern era.

Their previous albums Patient 0 (2015), Embodiment (2017) and Luciferous (2019) have all garnered universal praise from fans and critics alike and allowed what was once a niche genre an opportunity to cross over in acceptance to a wider and previously inaccessible market.

Brutally honest to themselves musically and forward-thinking and brave enough to put their own emphasis on a style of music seldom given light, Enterprise Earth are – if such thing ever existed – fast becoming the poster boys for Death Metal.

Nothing about their recent release The Chosen will do anything to suppress their evolution.

It is an ambitious album that hammers home the virtues of finding expressive space within the confines of metal, and one which will be the benchmark for future releases for many years to come.

Guitarist Gabe Mangold caught up with HEAVY between soundcheck and stage time to talk about The Chosen, which is out now via MNRK.

“It’s been fantastic,” he enthused of the early response to The Chosen. “There’s been a lot of positive responses online, and it seems that people are enjoying it – I hope they’re enjoying it at least (laughs). It feels good to finally get the songs out.”

When it comes to the musical nature of the songs on the album, Mangold says there was only one factor Enterprise Earth placed importance on.

“We just wanted to write fun songs,” he shrugged. “That’s literally it. We weren’t worried about staying confined to genre limits or boundaries or anything like that. We have such a broad range of influences and a broad range of things we like to write and listen to and perform that we were like fuck it, let’s just have a good time and write some fun tunes, and that’s what happened.”

In the full interview, Gabe talks more about The Chosen, how it is their most diverse body of work to date, the light and shade on the album and how much time went into creating those moments, finding the balance between styles, combining old school death metal with modern influences, the early days of the band, his mandate when joining as guitarist in 2017 and more.