REVOCATION ‘The Outer Ones’ 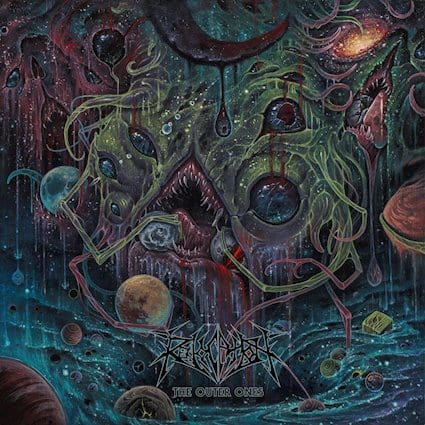 The Outer Ones is the 7th studio album from Boston tech-thrash giants Revocation, out September 28th on Metal Blade Records. Frontman and guitarist Dave Davidson has said that they consciously went in a darker direction with this album, while adding in more of the prog elements that have found their way into Revocation’s music over the years. Let’s find out how it stacks up to their previous efforts!

The album opens with “Of Otherworldly Origin”, also the first single, and right out of the gate we know Revocation are deadly serious. With blast beats and huge, face-melting riffs, it’s well and truly the Revocation we know and love right from the get-go. But at the same time, it’s the sound of a band evolving; Davidson has said that they have consciously added more death metal and prog metal elements to the sound and it definitely comes through. The riffs sound darker and the drums have a distinctly death metal delivery to them. Another thing that’s immediately apparent is that the musicianship on the entire album is amazing. Everyone rips through their parts with a precision and flair we only get from Revocation. Everyone has a chance to really shine through, and the guitar solos are standout awesome; there’s lots of shreddy goodness, but every note has a purpose, and the solos never overstay their welcome. There’s not a moment of wankery from any musician here. 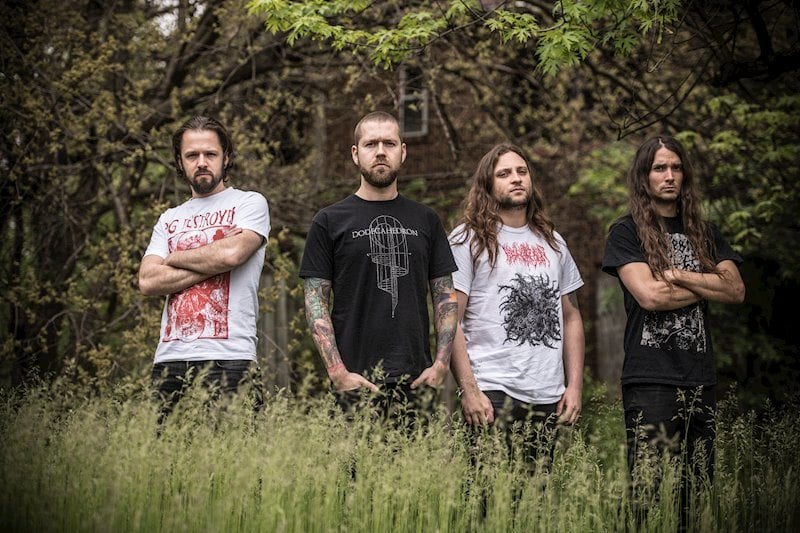 After the insane of “Of Otherworldly Origin”, the second track “That Which Consumes All Things” eases up on the sheer blast-beating intensity a bit and sets the tone more for the rest of the album. Much more of the prog comes through on this one; the intro has this stuttering and creeping feel that sets you on edge, and when the song kicks in for real it hits you all the more. This is also where the theme starts coming through a bit more; the the album is heavily inspired by cosmic horror themes and authors, in particular the legendary H. P. Lovecraft, and the same unsettling feeling really comes through. However, as it went on the album started to lose me; they all started to feel too similar, without quite enough dynamic variation across the tracks to keep me there. It hooked me back in when the title track “The Outer Ones” hit; the riff at around the 4:38 mark is beyond a doubt a contender for the best riff of 2018. And after the faster and more mid-pace tracks that dominate The Outer Ones the slower, more menacing “Vanitas” hits like you wouldn’t believe; it’s so supremely heavy that you can feel it in every part of you. It’s also the most evocative along with the instrumental “Ex Nihilo”. I would say the second half of the album is the stronger part; most of the highlights can be found there.

On the whole, I liked The Outer Ones a lot, but I just didn’t love it. There were some standout moments on it that I absolutely loved and that really blew me away, but as a unit it just didn’t bring me in and hold me there the way other extreme metal releases of this year have. The flow from track to track is just too monolithic for my liking, especially in the first half, so I can’t say I loved it as a unit. Having said that, any fan of the more progressive side of extreme metal will enjoy this album a lot. The moments I loved I REALLY loved, Revocation definitely seem to have achieved what they were going for and I think this is a really positive and promising direction for them. The Outer Ones has definitely earned a place in my collection, and I’m keen to see these songs live!