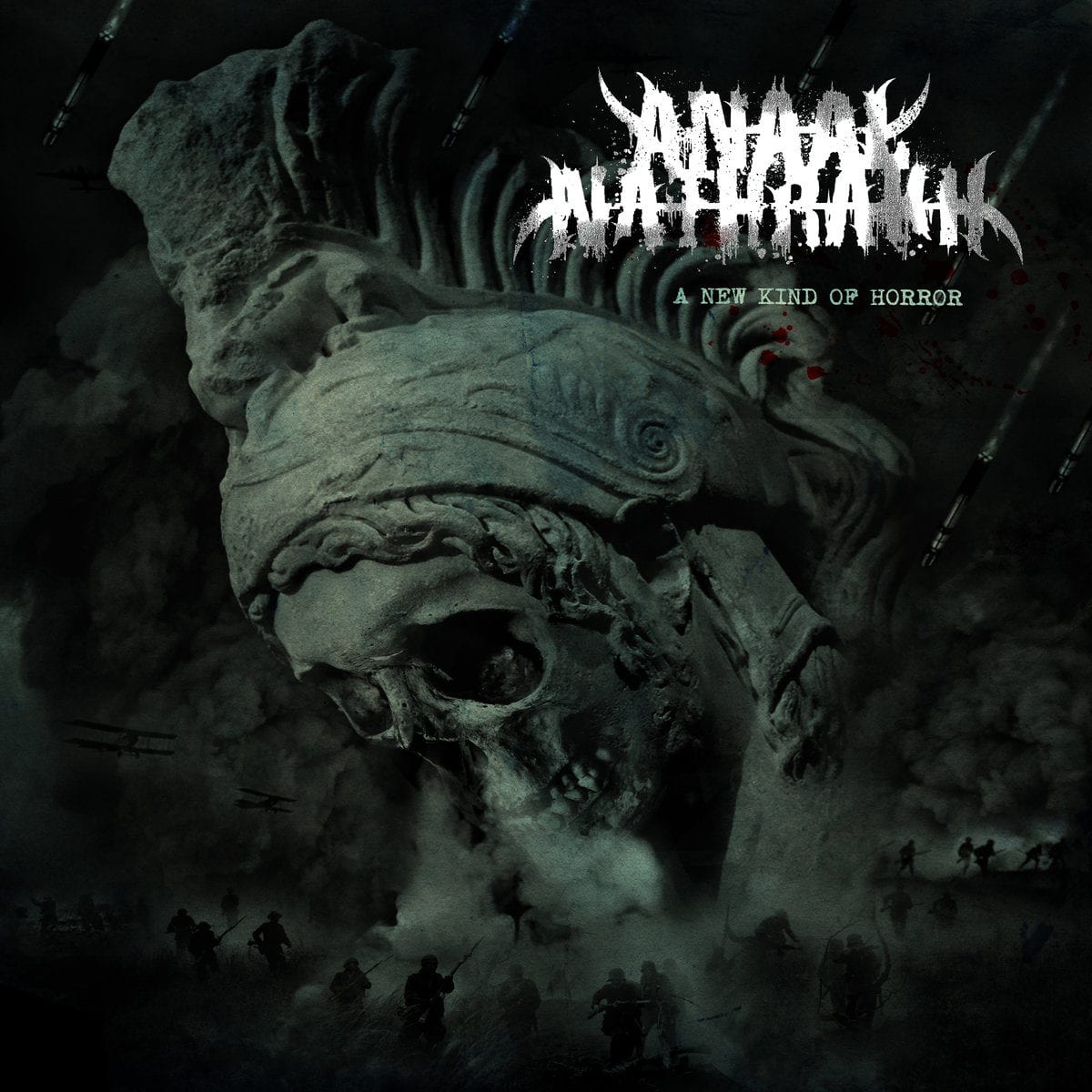 Extreme music by its very nature and at the very core of all it condones whether right or wrong, good or bad and depicts through art, music, vocals and lyrics IS the heart of the confronting nature of a very real realm of which we, as humans reside within.

It chooses to not pander in monotone about all the single ladies. It couldn’t give two shits about whether or not you’ve kissed a girl and liked it or not. In essence, extreme metal provides an articulate and unapologetic gateway beckoning those worthy or valiant enough to look beyond the mundane and venture forth into a world where nightly news reports, albeit making us numb and immune to the tragedies surrounding our lives are confronting in a magnificently macabre and cathartic bliss.

Enter here, album number ten courtesy of Anaal Nathrakh. Titled A New Kind of Horror. And believe me readers, 2018’s offering from Mick Kenney & David Hunt is by its very nature, by Hunt’s own description:  “… not a happy album, it is bitter, vengeful, sarcastic, sardonic, violent, terrified and horrified, terrifying and horrifying in equal measure. Above all, it is human, and all that that entails. It’s as sincere as we could make it.”

For the uninitiated, Anaal Nathrakh are a hybrid magnificent complex and complicated beast. All parts grind, death, electronic, industrial, symphonic and chaos, Kenney and Hunt through their Anaal Nathrakh career have managed to provide a clear and succinct blueprint and soundtrack to the foreboding apocalyptic diminishing garden of Eden we call our home and destined to expire lives. There is no prophecy more pure or clear than the wretched mess our world is in right now. That is very clear to witness through even the most jaded of rose colored glasses which is exactly the doctrine delivered so brutally eloquently on A New Kind of Horror.

For this album, according to the band it is comprised of three main themes;

One: “(and the most important,) is the fact that it is released in the one hundredth year since the end of World War One, The Great War, the War To End All Wars.”

Two: “ The second theme is today’s politics and world in general.  Forces are at work which have not been so powerful for a long time.”

Three: “…is the later writings of D. H. Lawrence.  We are not experts on his work, but certain themes of his seep through the album – dreamlike repetition to express and convey, rather than describe, the sensation of things, being as a synthesis of opposing forces, evil as the dominance of one force to the exclusion of others.”

I have used quotes from the press release as a means to give you the reader a small entry into the whole combined piece that is A New Kind of Horror. Not so I plagiarise someone else’s description but only so I may give a small insight into what is going to prepare you for the armageddon of Anaal Nathrakh in 2018.

For the uninitiated, the union of Kenney and Hunt, alternatively recognised as Anaal Nathrakh are a perfect union of the most insanely brutally beautiful form of organised chaos. And that is exactly what A New Kind of Horror I think represents in its most pure and extreme articulate form.

Openers “The Road to…” and first film clip release “Obscene as Cancer” serve perfectly to ease us sonically into the album. For those familiar with their work, you will be instantly catapulted into and beyond what lay forth for your responsive senses for the next thirty three odd minutes of extreme perfection. Containing the signature blast beats, electronic malevolence and pulsing rhythms, courtesy of musically brilliant and versatile Mick Kenney, immediately the listener is captured and mesmerised by the vocal brilliance of David Hunt. Here is a man whose singing ability just resonates extreme chaotic harmony in all his dichotomy and almost schizophrenic variances. From guttural grind screams, to death growls to hitting high falsetto notes that would make King Diamond look again whose high range along with Kenney’s is far beyond magnificent.

Highlights for me though on the album is track three “The Reek of Fear” which is where all of the pieces of Anaal Nathrakh as an entity are at their most poignant. Hypnotically gripping and encompassing the delivery all that they as a band epitomise! It is an all out aural assault on the senses. Followed by track four…”Forward” which is an apocalyptic head pounding track that is a perfectly executed bastard creation of all extreme metal styles condensed into three and half incredibly gatling gun firing minutes.

So much can be said about the new 2018 album courtesy of Anaal Nathrakh, but what words can only fleetingly describe, it is only upon allowing yourselves to be completely immersed in A New Kind of Horror inner, unrelenting sanctum that you as a listener can truly be pummeled by its harmony destruction perfection.