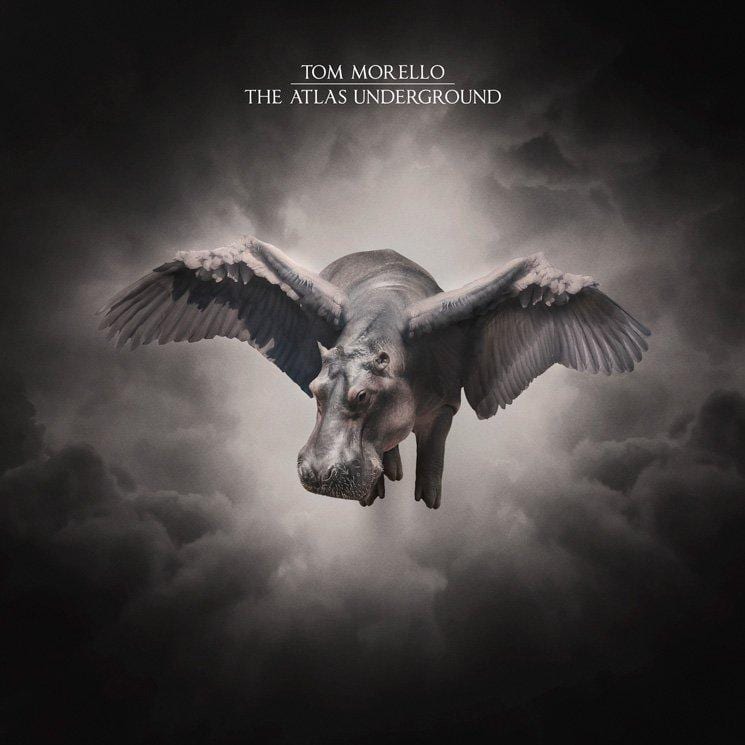 It’s here. The inaugural solo album from music legend Tom Morello, The Atlas Underground, drops on October 12 on Sony Music Australia. The album’s made up of a series of collaborations with both newer and more well-established names, most of whom move in more Hip-Hop and EDM circles. Among them are Wu-Tang Clan legends GZA and RZA, electronic duo Knife Party and EDM giant Steve Aoki. Some even come from outside these realms entirely, including Rise Against frontman Tim McIlrath, Gary Clark Jr. and even Mumford and Sons frontman Marcus Mumford. The names I just listed alone are a lot of titans to pack onto an album, and coming from such diverse musical backgrounds you might be wondering what the result of such a big collaboration is. Let’s dive in and find out!

We’ll start with the highlights; the first track that really hooked me in was “Rabbit’s Revenge”, which features Outkast legend Big Boi, Run the Jewels’ Killer Mike and Bassnectar. Every part of this track hooked me in immediately, from the big riff that underpins the entire song to the initial vocal hook. The verses from Big Boi and Killer Mike are the highlight of this track; their delivery is punchy and aggressive and their flow is fantastic. Coupled with the aggressive electronic drums and big synth bass from Bassnectar, and groove-laden riffs from Tom himself, its makes for a huge and impressive track. The riffs are really what provide a common thread throughout the album; they’re instantly recognisable as Tom’s style and each one is fantastic.

Some of the more electronic tracks are awesome as well, my favourite being “Where It’s At Ain’t What It Is”, featuring Gary Clark Jr. and Nico Stadi. It’s high-energy and groove-laden, the main vocal line from Gary Clark Jr. is extremely catchy and the main synth riff in the first big drop grooves in a way that will have you moving along from the get go. In my opinion this track has the best drops on the album; they’re punchy, they work really well and add to its flow.

Far and away the best track is “Roadrunner”, featuring Leikeli47. More than anything else, it typifies what I like most about the album. The opening punches you right in the face with the aggressive rapping and bass riff, and it only rips into you more from there. Leikeli47’s delivery and flow is beyond reproach, vicious the whole way through, and is complemented by the huge electronic drums and Tom’s riffing. The big dissonant guitar lead in the middle is awesome as well and sets your teeth on edge, making the re-entry of the vocals hit like a truck. 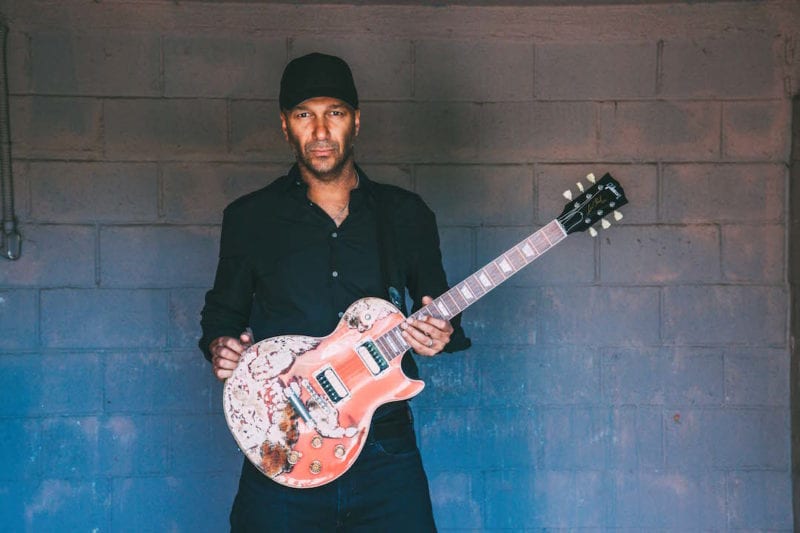 On any album that’s as experimental as this one, not everything is going to land as intended. Unfortunately, these weaker moments tend to come mostly from the more electronic tracks. For me, opener “Battle Sirens” that features Knife Party sums up the biggest issues with these moments. It starts out awesome, with a huge Tom Morello riff that hooks you in. The drums, synths and samples from Knife Party complement it perfectly; they work together to create simultaneously a huge groove and a creepy atmosphere that had me on the edge of my seat as the buildup started. But then the drop lost me; while the riff that led into it was awesome, the drop itself felt thin and incongruous with what came before it. It’s more focused on weird chaotic percussion samples and vocal slices than actually creating the huge punch-in-the-guts moment that the build-up promised. And most of the other EDM-oriented tracks have the same issue; the drops rarely end up as big and punchy as they seem to have been intended and interrupt the flow of the songs. They make what would be otherwise awesome tracks feel clumsy.

We have to talk about “Lead Poisoning”, the final track and the one that features Wu-Tang’s GZA and RZA, as well as Herobust. This one is a nice mix of the EDM and hip-hop moments on The Atlas Underground, with neither one overwhelming the other. But I think what makes this one stand out is the raw emotion behind it. From the melodic synths and guitar riffs, to the lyrics, and especially the intense vocal delivery from GZA and RZA, it hits you in just the right place and holds you in. The vocals are far and away the highlight, and while the drops are still a bit choppy, it doesn’t ruin the flow of the song by any means. All in all, it’s the perfect closer.

On the whole, this album was a real mixed bag for me. Although some of the electronic tracks had some sick moments, most of them don’t work so well on the whole. While I do appreciate that the entire album was supposed to be more experimental in nature, it doesn’t always land in these cases. And some of the more alternative/indie rock oriented songs were somewhat forgettable, not really shining through the rest of the tracks. Where it really shines is the hip-hop oriented songs; they’re a fresh interesting, and distinctly modern take on fusing hip-hop and rock that I’ve never heard before. Each one cuts like a knife, definitely the better results of the experiments happening here. The lyrics throughout the album are a definite highlight; each one has a strong relevant political message (as you might expect from Tom Morello) and they’re delivered with a lot of passion and conviction. While the album doesn’t flow as a unit (which would normally annoy me), this actually works in its favour here; each song is so experimental and diverse in nature that I find myself hooked in when each track ends waiting for whatever curveball comes next. All in all, a great and innovative album despite its drawbacks and I’m looking forward to the next one.