Return To The ’80s With DRAGONFORCE X 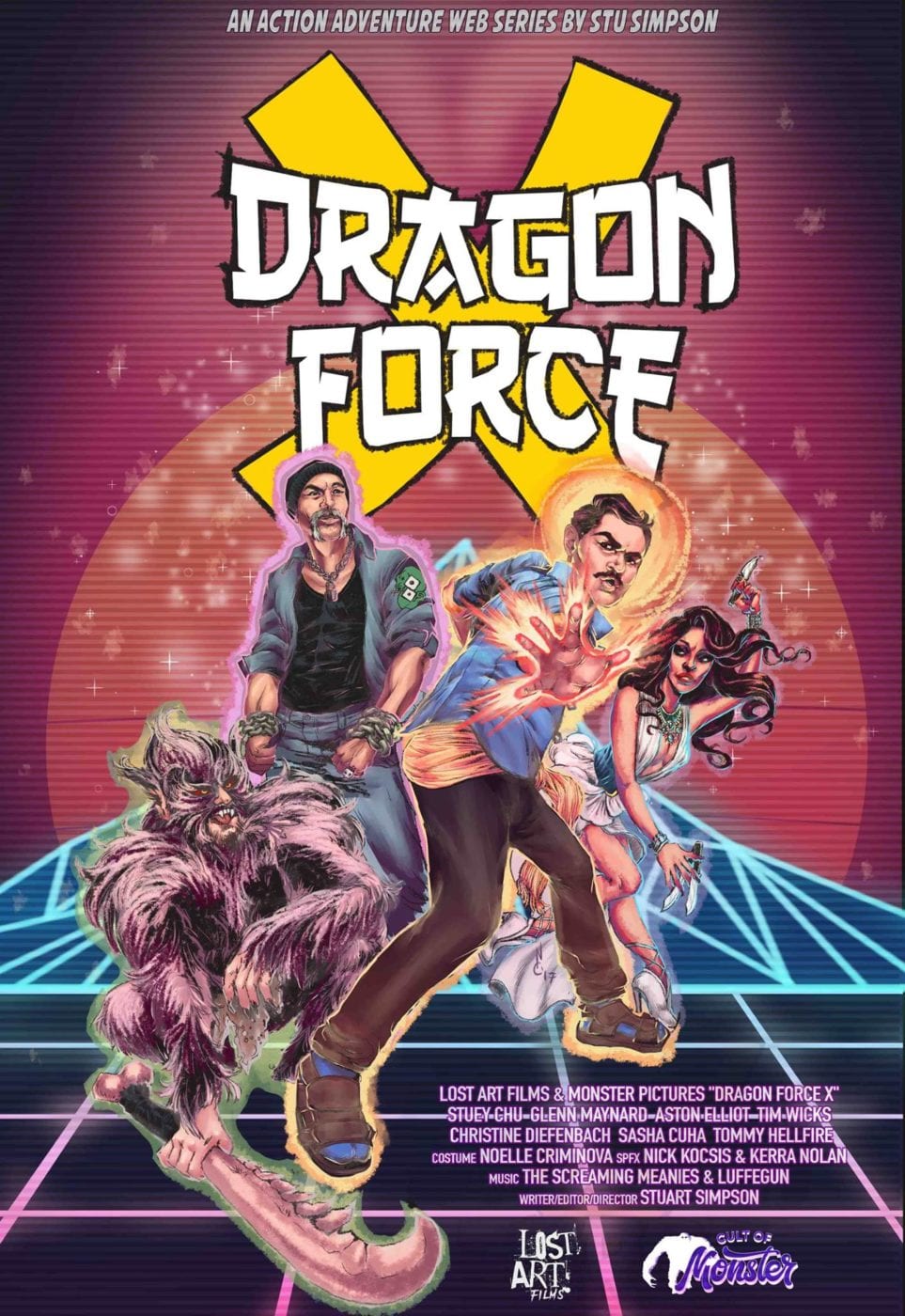 Simpson, who made his name with 2013 festival hit, CHOCOLATE STRAWBERRY VANILLA, said of the collaboration “We shot the DRAGON FORCE short last year in Melbourne & Vietnam, premiered it at Monster Fest and the reaction was insane, people really loved it. It’s pretty much got everything I love in cinema – action, romance, thrills, chills, creatures and intrigue, all rolled into sharp bite-sized episodes – think THE MAN FROM HONG KONG meets BLOOD SPORT meets MONKEY MAGIC meets TIMESCAPE and you’re headed in the right kinda territory!”

“Stu has had a long association with Monster Pictures, but this is our first creative collaboration and we couldn’t be more psyched” said Monster Pictures Online Content Director Jarret Gahan, “DRAGON FORCE was the most talked about film at last year’s Monster Fest and the series DRAGON FORCE X acts as both a prequel and sequel of sorts. It’s bizarre, gratuitous, clever and thoroughly entertaining, we know folks are going to love it” he continued.

DRAGON FORCE X has been in production for the last three months and with post-production underway, Monster Pictures and Lost Art Films are today turning to their legion of die-hard fans to get behind the web-series by supporting their crowd funding campaign via popular Australian crowd funding portal, Pozible.

“Stu is a favourite of the Monster fan-base, for a bunch of years he’s thrown every bit of his heart and soul into some of the coolest shorts and features we’ve been associated with and now punters have a chance to support his endeavours from the ground floor. There’s a bunch of cool incentives ranging from T-Shirts to Sexy Cast Carwash’s to Limited Edition Custom Made Action Figures that’ll get punters salivating, but really the greatest incentive of all will be to watch Stu’s latest baby come to life and to hit the air via the Cult of Monster website. Stu is a major talent and this is your chance to get behind him and be part of his crazy DRAGON FORCE X world, get on to it folks, and let the Force X be with you” said campaign manager Ben Hellwig of Monster Pictures.

The campaign launched officially on Friday August 26th at the Melbourne Movie Market at the historic Astor Theatre and is now in full swing with several new rewards that have just dropped including an ALL ACCESS FESTIVAL PASS thanks to the guys at the Sydney Underground Film Festival, valued at $165.

Check out www.dragonforcex.com for more info and other great rewards.