OSAKA PUNCH Show How They Operate… With A Tour 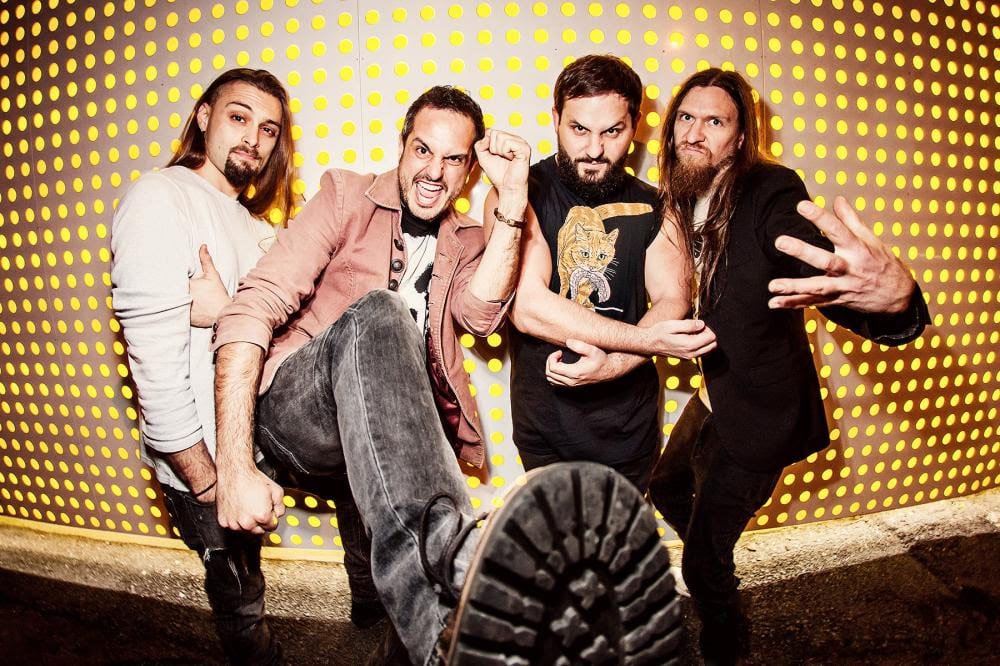 This is how Osaka Punch operate. Drop mind-bending, genre-twisting rock track, announce tour dates, get in your face, get sweaty, get dirty (Like, REAL dirty), make you feel REAL good, smoke a cigarette and leave you sweaty, slightly confused and definitely satisfied. Get your mind and naughty bits around Osaka Punch before they are the biggest thing since Fidget Spinners as nipple tassels (they are playing at Bigsound and were chosen as the main support to The Butterfly Effect’s tour in 2018!).

So, in that mode of operation – here’s their new single “How We Operate” and their tour dates. All that remains to happen now is the orgasmic visitation to your city and ensuing sex-funk-heavy-chaos.

New Single “How We Operate” will be available from Friday September 8 online for purchase and streaming.

Frontman Jack Muzak mused about the song – “I wrote the lyrics to this song while on a 6 hour transit in Manila. I wanted to go somewhere peaceful to listen to the track and knuckle down so I went to a hotel close to the airport. I should’ve sensed something was awry when the guy at reception asked how many hours I needed the room. “Just 6 hours” I replied, and he looked impressed. When I got to my room it was really nice, and looked massive. This was of course an optical illusion, as the entire ceiling was covered in mirrors, and I realised I was in a sex motel. Not to be outdone by the moans and groans coming from the adjacent rooms, I started singing out loud, as I felt the sexual funk creep up inside me. After about half an hour I decided to eat the mint that’d been left on my pillow, only to realise it was, in fact, a condom thoughtfully left for me by the concierge. These are the lyrics that fell out of me that day.”
Osaka Punch have forged a reputation as one of Australia’s most wildly entertaining live acts. The group’s distinctive fusion of catchy grooves, jazz chops and a rock ethos sets them apart from most heavy acts, and allows an element of humour and satire in an otherwise very serious scene. Reviewers have been keen to emphasise the crowd-captivating live antics of both the outfit, and it’s charismatic and ceaselessly energetic front man, Jack ‘Muzak’ Venables.
2016 was a strong year for the band. They released 2 singles and the album ‘Death Monster Super Squad’, which was met with critical acclaim, and airplay on Triple J, Triple M, and various local radio stations around the country. Combine that with some epic support slots with Dead Letter Circus, The Fall of Troy, and Closure in Moscow, and it’s easy to see why the buzz is growing so swiftly around Osaka Punch.
This year is also off to a flying start, with 2 tours along the East Coast supporting Lagerstein and Twelve Foot Ninja. This raised their profile in NSW, SA, and Victoria, and further established their loyal following in their hometown of Brisbane.
Having toured Australia, the UK, and Scandinavia over the past 5 years, Osaka Punch have honed their live set to a fine art. This combined with well-crafted songs, and world class musicianship, makes Osaka Punch one of Australia’s must see live acts.

For more information, go to osakapunch.com. “How We Operate” is available to purchase and stream from Friday September 8, as are tickets on sale for the “How We Operate” tour at beardfoot.com.au/osaka-punch. 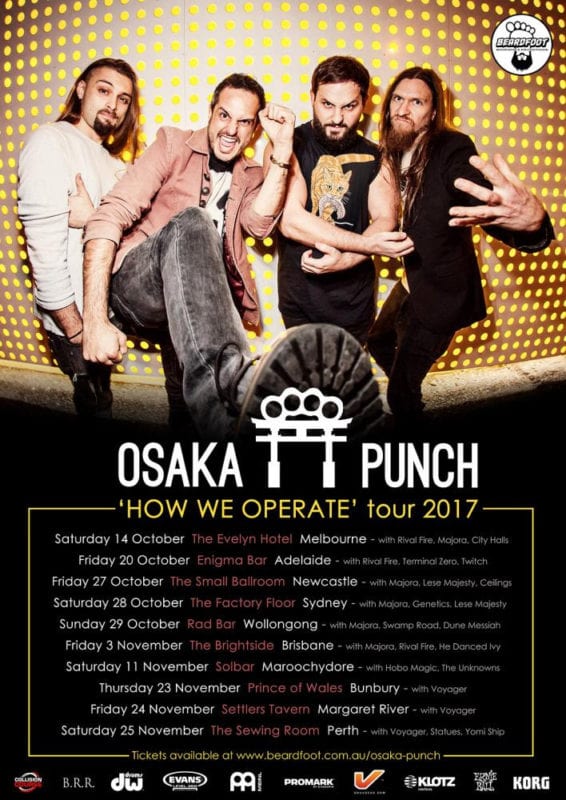