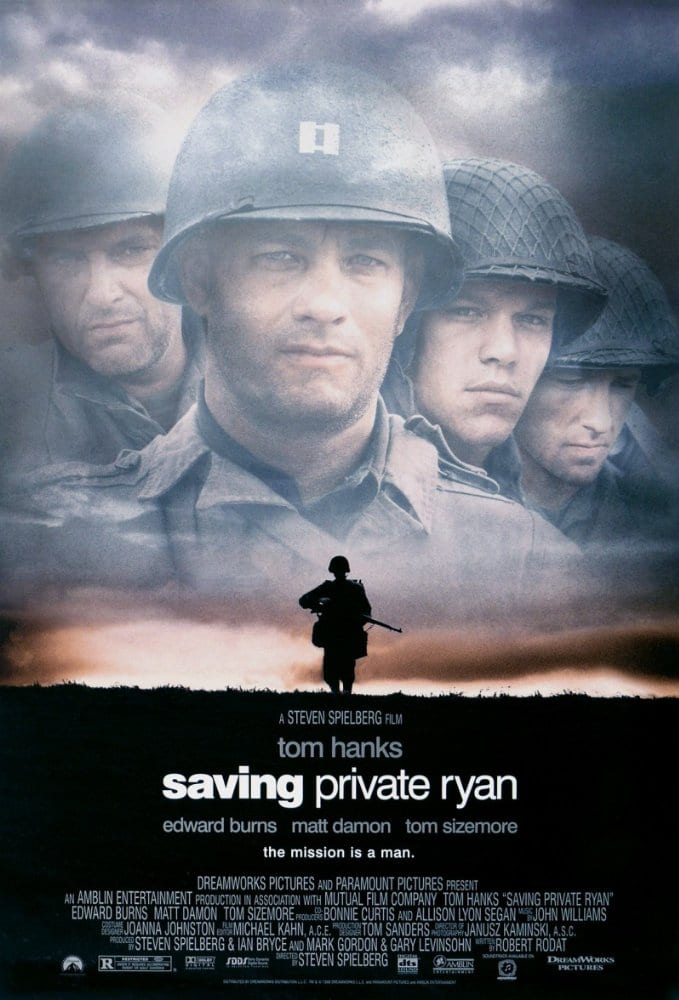 With the release of Tom Hank‘s latest movie The Circle (check out our interview with Mr Hanks and co-star Emma Watson in the latest digi-mag!) we are putting forward a Top 5 list of his best films for you to peruse.

An underappreciated classic Cloud Atlas is not the kind of film Hanks often makes but it points to many possibilities for the latter part of his career. It’s tempting to put Sully, Saving Mr Banks or Captain Phillips here which boasted great performances from the actor and were excellent movies but Cloud Atlas is actually just as good if not better. Describing the film is difficult but we’ll give it a go, it covers a series of stories set in different times and places with different characters but with the same actors playing multiple roles throughout. Halle Berry and Hugh Grant co-star in the directorial effort of the Wachoskis siblings and Tom Twyker. Those stories not only cover alternate times and places but allow the filmmakers to traverse genres and tones. One story might involve a post-apocalyptic survival tale far, another a political thriller and another a break out from a nursing home. If each character played by the same actor is a soul reincarnated from a previous story certain themes and patterns emerge. Ambitious filmmaking with heartfelt characters, the Wachowskis followed this up with the better known and much maligned Jupiter Ascending but this you should see.

Tom Hanks received his first Oscar nomination for Big in 1988, a film that allowed him to stretch while remaining in a genre he was well established in – that of the high concept comedy. It remains the perfect bridging point of where his career began and where it led. By playing a twelve year old inside a man’s body, tone was a key consideration. When Hanks flashes his underwear with his name on them at his mother who doesn’t recognise him it gets a laugh, in other hands it would be very uncomfortable. Hanks never seems uncomfortable because he authentically displays a child’s enthusiasm and logic throughout but he also starts to mature and show wisdom. There’s a tinge of heartbreak to Big with the reminder not be to in a hurry to grow up.

Tom Hanks became the modern Jimmy Stewart by playing a string of real life American heroes. Men of quiet fortitude and professionalism, none more so than Captain Jim Lovell who was in command of the Apollo 13 space craft when it suffered a malfunction and was left stranded halfway between the Earth and the Moon with depleted resources. He was ably backed up by a stellar cast including Bill Paxton, Kevin Bacon, Ed Harris, Kathleen Quinlan and Gary Sinise. The film’s special effects, a ground-breaking mix of CGI, model work and use of the Vomitron ride to create weightless scenes hold up remarkably well. Seeing the Saturn V rocket launch into space remains stirring stuff but in the end Ron Howard brings it back to these men in a little tube hurtling through the infinity of space hoping to make it back home.

The influence of Saving Private Ryan stretches far, it completely reinvented the war genre with its harrowing battle scenes but it is also an old fashioned movie that celebrates the Greatest Generation and their sacrifice to hopefully build a better world. Not all soldiers are heroes or good men but Saving Private Ryan remembers those that were and honours not just their killing and dying but the way they lived. The way they cared about their fellow soldiers and dreamed of going home to wives pruning rosebushes with their old work gloves.

Nostalgia bait for Baby-Boomers it may be but this is a first rate story and for all the fantastical elements of Gump’s improbable achievements the film’s secret weapon are the simple truths about life that ring true. Parents grow old, peers get sick, soldiers die in war, drunks’ abuse their kids and whatever we’re born with we have to make the most out of to create a little joy in the world. This is not an over-rated film or a contrived feel good heart warmer. The oft quoted lines have become punch lines but think back on that moment when Forrest tells Jenny (Robin Wright) he may not be a smart man but he knows what love is. This is a great movie.

Well that’s our Top 5 but that leaves out Saving Mr Banks, Bachelor Party, Philadelphia, Splash, The Green Mile, Sully, Cast Away, Sleepless in Seattle, The Da Vinci Code, That Thing You Do, Captain Phillips, A League of Their Own, You’ve Got Mail and of course The Money Pit. What would your Top 5 Tom Hanks films be?