PYRRHON – ‘What Passes For Survival’ 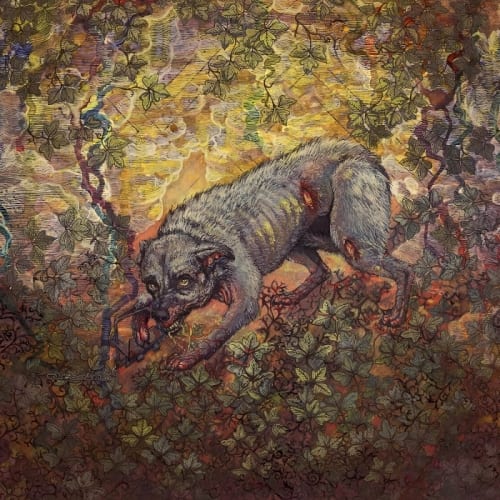 Please, dear readers, place all your prissy sensibilities neatly in the corner only to be thrown sporadically and with complete disdain and contempt by the following artist known as PYRRHON. What you are about to listen to or be presented with, courtesy of these New York natives, is some of the most spine-shattering, ear drum collapsing, ‘art disguised as noise, presented as music’ you will likely hear or be confronted by this year.

Be warned, What Passes For Survival is not for those of you with a faint heart, closed minds or a non-confrontational disposition. The hybrid of influences or lack thereof is clearly evident on this, PYRRHON’s fifth official release. I came across this album sheerly by fluke, and I am so grateful for the privilege.

Having long been a fan of music that is art as much as it is music – I mean the whole package: cover, lyrics, musicianship – art at its very core is both created to inspire just as it meant to test us or meant to pose questions. As much as it is meant to be beautiful and as much as it is meant to be confrontational.  The cover alone of What Passes For Survival is as beautiful and bright as the background suggests, and it could well be a perfect gift for that someone special, but beware the mangy wolf in the foreground as this should be a clear indication of the predatory and violent possibilities should you choose to delve into the pastures of What Passes For Survival.

PYRRHON’s ability to perfectly, clearly and accurately present in 46-minutes the nature of the existence we live in 2017 is without question or peer.

There are no simple words or definitions to contain or accurately surmise What Passes For Survival.

The nine songs, though perfect in their chaotic and beautiful nature are testing and brutal. This is noisecore pushed to the outer rims of our consciousness and the ability to ingest greatness cleverly disguised.

I definitely think that the choice of band name for these four New Yorkers is very poignant indeed as is PYRRHON’s personal comment regarding their genre: ”Commercially unviable sound!”

“Pyrrhonism… An ancient Greek philosophy of extreme skepticism”. It is absolutely clear that the music created by Dylan on his magically discordant guitar, Erik on that earth shattering bass, Steve building the solid foundations on drums and those varied brutal shrieks, shrills and screams of Doug just makes for an album that is far from pleasing and pleasurable to listen to, but perfect in the sum of all its parts. And let’s not beat around the nuclear wasteland of magnificence when talking up What Passes For Survival as this is clearly one of the contenders to be included in many an end-of-year Top Ten list, and mine seems likely to be no exception. It is a masterfully crafted beast only worthy of the strong and those without skepticism. 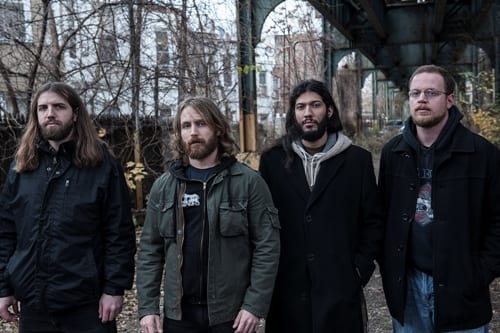