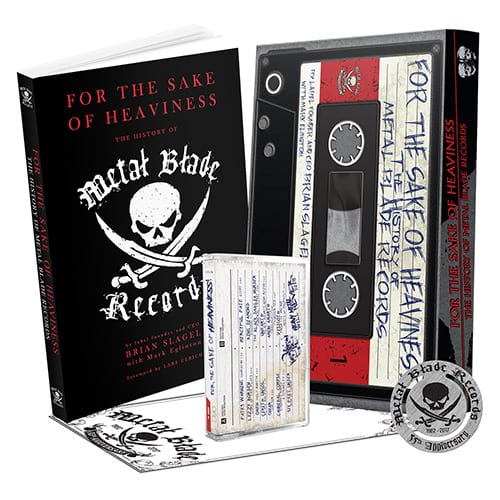 For every band you love there’s always a person behind the scenes that has given them their start. For every massive hit, there’s always a little guy working tirelessly to help, not for fame and fortune, but for the love of great music. Brian Slagel, founder, and CEO of Metal Blade Records is one such person. In his new book For the Sake of Heaviness: the History of Metal Blade Records, complete with a foreword by Metallica’s Lars Ulrich, Slagel for the first time allows an insightful look into how he built Metal Blade from a one-man operation in a garage to the predominant international home of heavy music we know today. Countless bands like Ratt, Slayer, GWAR and of course, Metallica, were given their start by Salgel and among the more underground circles of PRs journalists and producers, Slagel is something of a celebrity – the Rupert Murdoch of record labels.

Slagel is slightly incredulous when he thinks back on Metal Blade’s 35-year existence. “It’s pretty crazy it’s lasted this long,” he says. “In some ways, it feels like it went by really fast and other times it seems like it’s been a long time – it’s interesting.” For The Sake of Heaviness culminates the label’s story into an epic saga of achievement and of course, heavy metal. Though in its earliest days Metal Blade had very little money, music and connections were Slagel’s currency – knowing people and networking and having a thirst for metal is what he exchanged for his business frame to grow. “I definitely had zero cash money,” he agrees, “But the desire to help out the scene and the bands wherever I could, that motivation was to try to find a way to make as much happen as I possibly could.

“It was quite a learning process to figure out how to navigate all that sort of stuff, definitely a lot of favours and people helping out. It wasn’t easy but somehow it all worked out.”

As Slagel discusses in the book, over the years Metal Blade has been affiliated with larger record companies but has largely remained independent – that style of independence offers Slagel a kind of freedom that he says both he and the artist can benefit from. “If I get up in the morning and wanna do something I can just do it – problem is if you’re owned by another company and you wanna do something, you have to call those people and say ‘Can I do this?’ That freedom means so much more than money could at this point, just to be able to do these sort of things.

“It’s a good thing for the artist as well, you don’t have to go through a board of directors or these sort of things – so that element of independence is really important.”

Part of Metal Blade’s success is down to Slagel’s ability to be flexible through the evolution of the metal scene. As heavy metal experienced changes, genres and subgenres, bands coming and going, Slagel, with complete honesty, says he can’t really say there’s one thing that has allowed for the perseverance of metal and its popularity today. “It’s hard to really quantify exactly but there’s something about this honest form of this music,” he muses, “People like it because of the energy and it’s aggressive – I think it’s a very honest genre as well where it doesn’t try to be something it’s not.

“So much music today conveys imagery that’s not real – the people who are involved [in metal] are all very real and that realness and honesty have helped it keep going all these years. A weird way to say it but it’s a true expression of art and I think people appreciate that.”

For all that his endeavours in music have been successful, Slagel is just a regular guy. No airs and graces, in fact, he’s rather softly spoken. But if you ask him about perseverance and passion when it comes to achieving a dream in music, Slagel turns into a chatty and animated soul, because now you’re speaking his language. “The most important thing,” he stresses, “Is to do it for the love of the music – if you’re really doing whatever it is in the scene with your band or behind the scenes, if you’re in it for the love of the music and your number one priority is the love of music, it can really help to go a long way. There’s really no easy path to any sort of success in anything that you do but if you’re doing it for the genuine love of the music and you always remember that the number one goal is because you love the music, that’s a big help.

“The pitfalls, all the things that happen in daily life, always remember the reason why you’re doing it is that you have that bigger picture viewpoint. Certainly, for me that’s always the way it’s been and all these problems all the time you deal with, ultimately it’s about my love for the music. There’ll be some days I’ll have a terrible day and I’ll go to a show that night whether it’s a band I know or not, and it’s amazing and you remember ‘Okay, now I remember why I’m doing this!’”

Everything Slagel knows, everything Metal Blade Records has become is all because its founder had an unquenchable thirst to promote great music. “35 years later that’s still the rush I have,” he says, “Finding a new band and starting people talking about them, that’s still the thrill to this day.” Slagel is still just a regular guy who loves his music. “Pretty much!” he laughs. 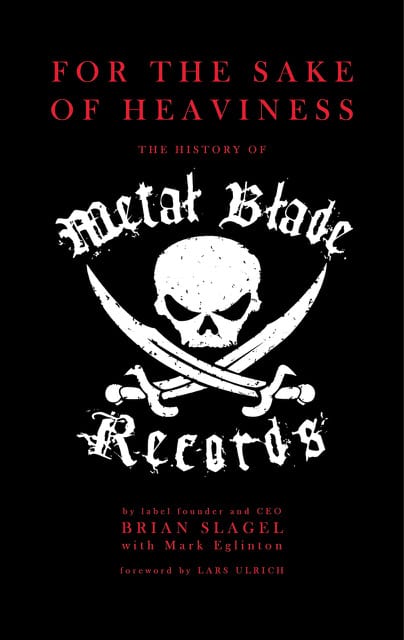