Ready To Feast with STARCRAWLER 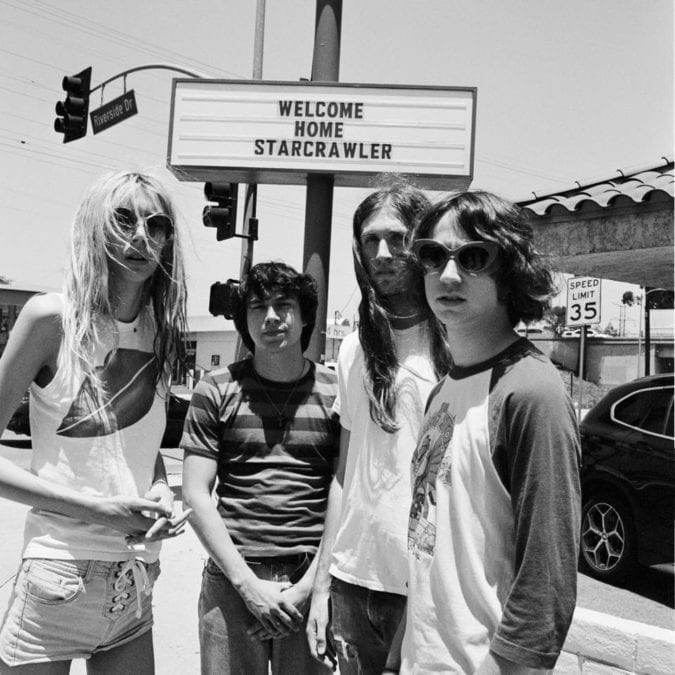 Starcrawler – and particularly frontwoman Aarow De Wilde aren’t your typical teenage band. They are brash, controversial and ooze a charm not seen since Wendy James in Transmission Vamp, but one which is seeing them quickly gain attention on the international music scene. With the impending release of Devour You, Starcrawler step it up a notch, growing into themselves and their music in resounding fashion.

“With the first album we did it when we were still in high school and they were the first songs we ever wrote as a band,” she explained, “and so its been two years since that came out and obviously we have grown. The difference between 16 and 18 is pretty drastic and that contributes greatly to how our music has evolved. This album shows you exactly how we’ve all gotten better as people and musicians.

Going into the follow-up, Aarow says that they had a clear picture in their mind of where they wanted it to go.

“We wanted it to be catchy,” she offered. “We wanted every song to be catchy so it doesn’t feel like there are any fillers. That’s what I like least in an album is when there is a couple of songs that you always wanna skip. Of course, everyone’s taste is different but to me, I feel that each song has its own personality and they are all equally as catchy and fun.”

Starcrawler elected not to play things safe either, bringing in choir backings, tube and trombones, adding an edgy layer that many would consider too risky so early in their career.

“I know,” she laughed. “To be honest we didn’t think about it that much when we were doing it. We just thought about what sounds good for each song. We didn’t think let’s make a country song or this type of song. We wrote songs and did what we thought would sound best for that song.”

In the full interview Aarow talks more about Devour You, the single ‘Bet My Brains‘, the limited edition scratch and sniff vinyl and what it will smell like, ghe difference musically between album one and two, their live show, the possibility of an Australian tour and more.