PREMIERE: AS A RIVAL “Bring Out The Dead” As A Rival, the self-proclaimed “tech punk bandits”, return with their mixture of rock riffs and punk
sensibilities, delivering their catchy hooks and melodic anthems. They are today rolling out a brand new single and tour dates for April!

The single will be available to purchase and stream from this Friday March 16 on all good digital outlets.

Their tour celebrating the single kicks off in April, taking in Adelaide, Hobart, Melbourne and Sydney.

As A Rival Tour Dates 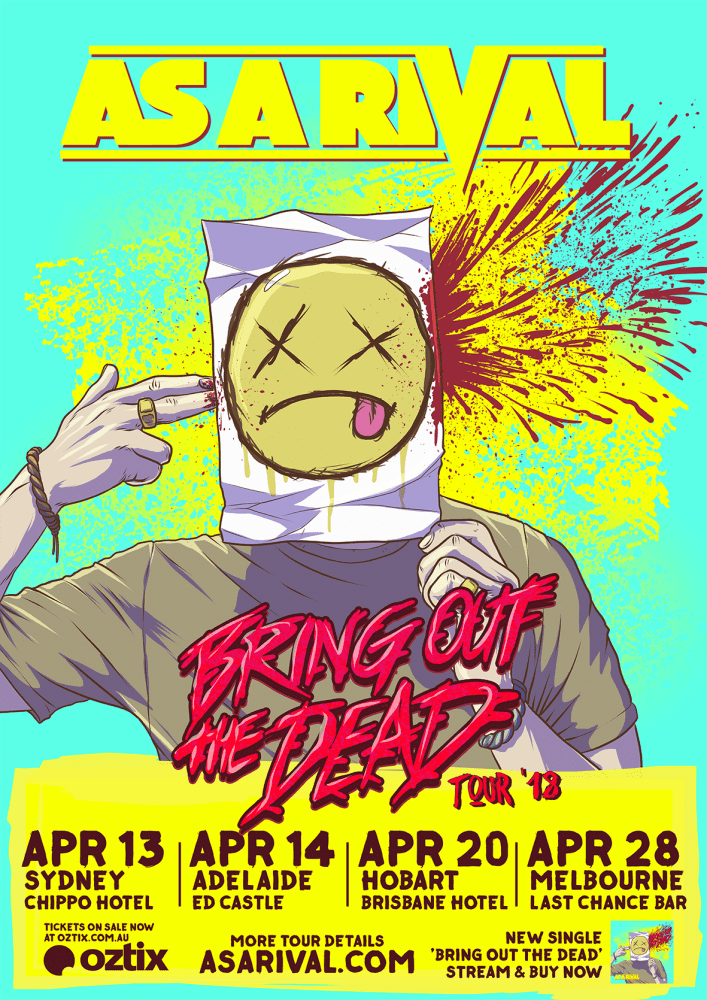 Comprising of Pete Cerni (vox/guitar), Nathan Wheatley (drums/vox), Johnny Beech (guitar/vox)
& Paul Trevorrow (bass/vox), 2017 saw As A Rival focus on the follow up to the promise of their
first release, ‘By Design’. Turning to ‘Homesurgery Recordings’ to refine and hone in on capturing their huge live sound under the tutelage of Tom Larkin (Shihad), writing 50 songs across a 2 month period. The end result will comprise their new album to be released in 2018, with details to be announced soon – a 12 song punk rock opus, packed with riffs, hooks and melodies.

New single ‘Bring Out The Dead’ thematically deals with the dystopian world that we imagine ourselves in. Second guessing, under pressure, claustrophobic, we question everything we do, spiralling into the abyss and bringing the worst of ourselves without ever focusing on the good things we do for us or others.

Pete Cerni, guitarist for the band, said that “It’s been a big year of challenges, testing patience and drive, but now that we have made to the other side, we know that it was all worth it. Bring Out The Dead is a taste of the big ‘fuck you’ we’re about to unleash. Playing live is what it’s all about, and being able to go out and play some of these new songs means everything to us.”

Their debut album ‘By Design’ (Recorded and co-produced by Tom Read of Bodyjar and mixed by Grammy Award winning producer Adam Kasper (Foo Fighters, Queens of the Stone Age)), saw a coming of age in their songwriting, dealing with getting older, getting wiser and staying relevant.